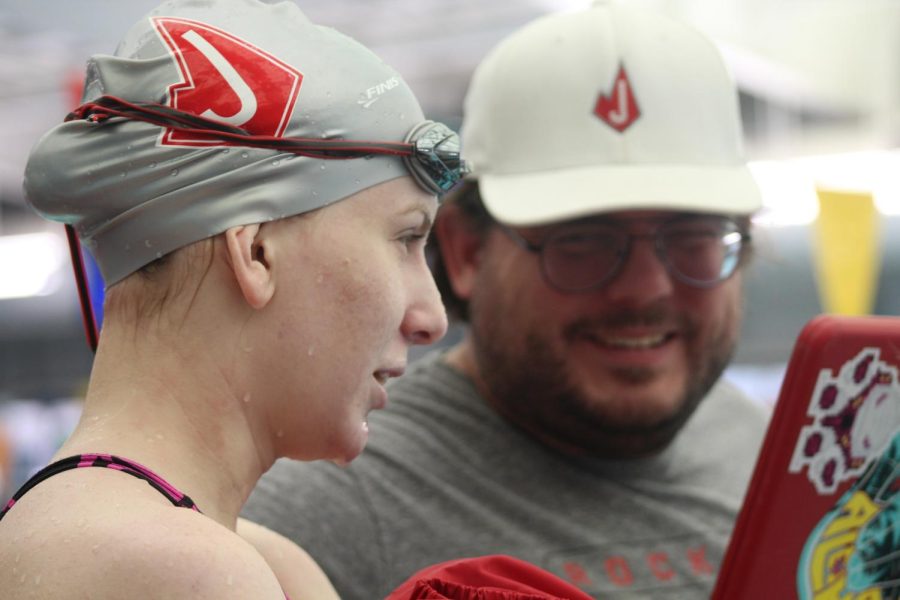 At the beginning of this school year, Judson High School brought back a diving team after an entire decade. Diving team coach and art teacher, Ryan Murphy, brought the team back to life after years of no interest. Murphy felt that it was essential to bring back the diving team to make the program whole.

“Diving has always been part of swimming and diving champs, and as a sport, they’re combined,” Murphy said. “At the beginning of the year we had six people interested after asking anyone that wanted to try it, to join a club program.”

For Murphy, bringing diving to Judson High School was a chance to complete his program and bring opportunity to those six students.

“Having divers [on a campus] does a few things: one, it helps kids find another sport that they’ve never experienced, and two, it counts for points for any meet that will have a diving component,” Murphy said.

For Murphy, that was all he needed to get moving. However, he faced a problem with the lack of a diving facility within the district. After some negotiating, he was able to obtain a facility at another school for the students to use.

“Since we don’t have our own diving facility, we worked out a deal for our high school kids to go to Alamo Heights for diving practice,” Murphy said.

Murphy is excited about the team and the potential it has because of the success the diving program experienced in the past.

“We’ve had two girl divers before, and they also dove pro somewhere else,” he said. “I feel like if we have enough kids that want to dive, then maybe we can get a dedicated coach with a dedicated facility. That would be huge.”

“I’m super happy about it, especially since we’ve never had a boy diver. For Lio to be the first boy diver to win his district and set the school record, that’s a huge deal,” Murphy said.

After that successful district competition, and even though the season is almost over, Murphy is still looking ahead. Murphy has a bit of advice for anyone who is interested in joining diving next year.

“There are a lot of opportunities out there for an intrepid, hardworking individual if they are willing to think outside the box a little and give 110%,” Murphy said.