With nearly two decades invested in Judson ISD and agriculture education, Mr. Jay Trees has no plans to slow down any time soon. 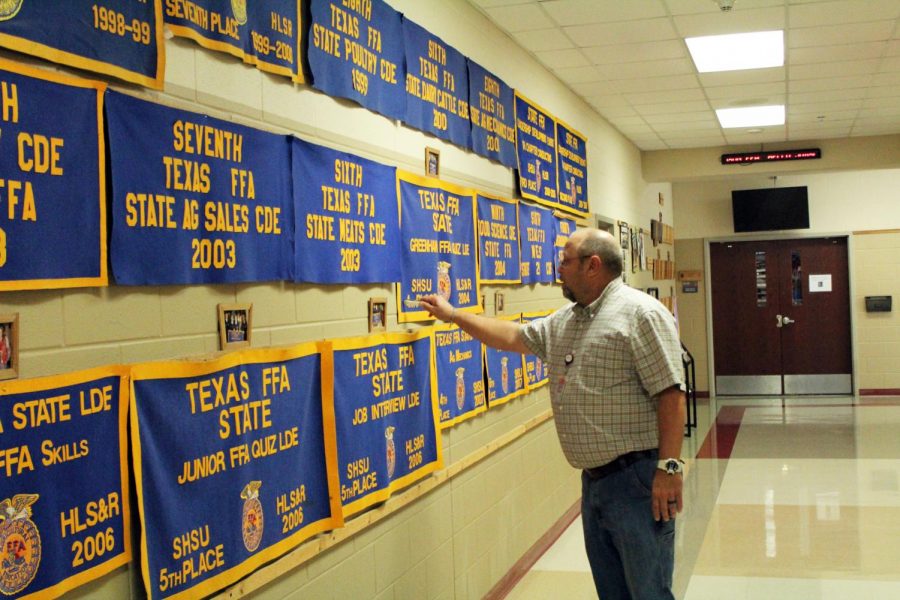 At the bottom of the E wing, the agriculture hall is filled with awards Trees and the program have won since 1959.

Red and grey flow through Trees’ blood, as both his parents put more than 25 years into Judson ISD. His mother actually created the Diamond J logo we know today.

“I’m from Judson. I grew up in Judson and I love Judson,” Trees said.

“When I came to Judson 17 years ago, my goal was to take care of Judson. If I take care of the house, the rest takes care of itself,” Trees said.

Running the agricultural science program at Judson for more than half of his career, Trees plans on keeping it going as long as he plans on making it thrive.

“I give it all to my students. I have a job to do and an obligation to something that I have a passion and love for,” Trees said. “I want to continue the legacy and strength of this program. It’s been around since 1959 and when I was passed the reins for this program, I made a promise with that agriculture teacher that I would keep it the same but try to improve any aspect I can,” Trees said.

According to the U.S. Bureau of Labor Statistics, over 10 percent of all workers hold physically demanding jobs, defined here as jobs where workers engage in heavy or very heavy work activities. Trees is preparing his students for an ever-changing job market, one that has well paying “blue-collar” jobs.

“I hope to leave behind a message to my students that the world is full of skilled labor as well as educated people that go to college, that you need to be one of those to have a successful life,” Trees said.

Hundreds of students have left his program with well over one million dollars in scholarships. He wants the best for his students and tries to instill that in every lesson he teaches.

He has made it his mission to leave behind a legacy that instills character in his students. He hopes to lead successful students into their lives for their future.