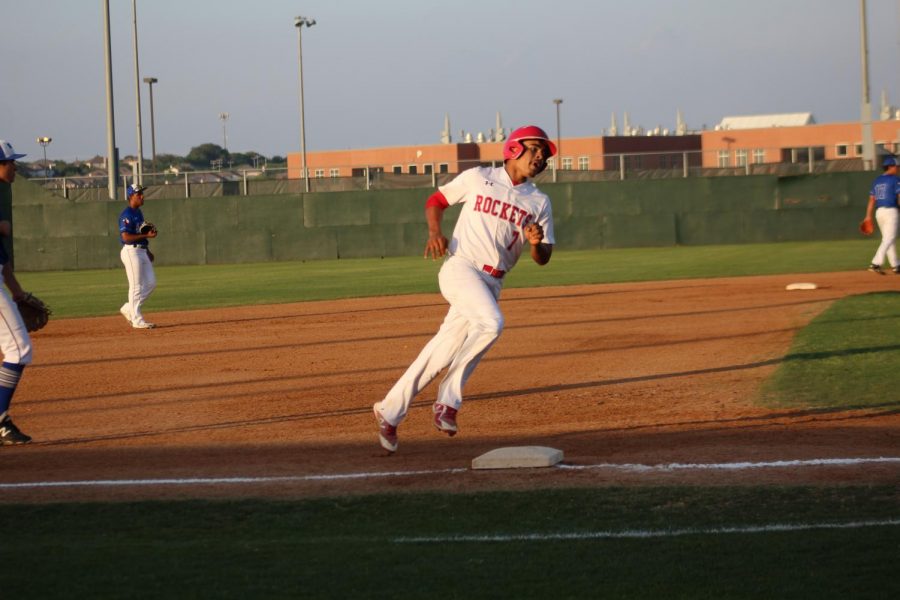 After two consecutive losses, the Judson baseball team returned to the Frank Arnold Athletic Complex to face off against the New Braunfels Unicorns.

At the bottom of the first, the Rocket’s Caimyn Holiday hit a home run towards left-center field on his second pitch, making the score 1-1. Later, Rosales hit towards left field and ran to first base. Next, the Rockets Anthony Monjarez had four balls outside the pitcher’s box for a walk to first base, where he was substituted by Raul Lopez as a runner. The first and second bases were loaded. Afterward, Mason Gombas hit towards center outfield and was caught out by the Unicorns, ending the first.

After a hit from New Braunfels with the third base loaded, the Unicorns scored, bringing the score to 11-2 for New Braunfels. The game ended with Judson falling to New Braunfels, 13-2.

The Judson baseball team will face the Smithson Valley Rangers on Tuesday, April 17, at Frank Arnold Athletic Complex. The next three games will determine if the baseball team advances to the playoffs.