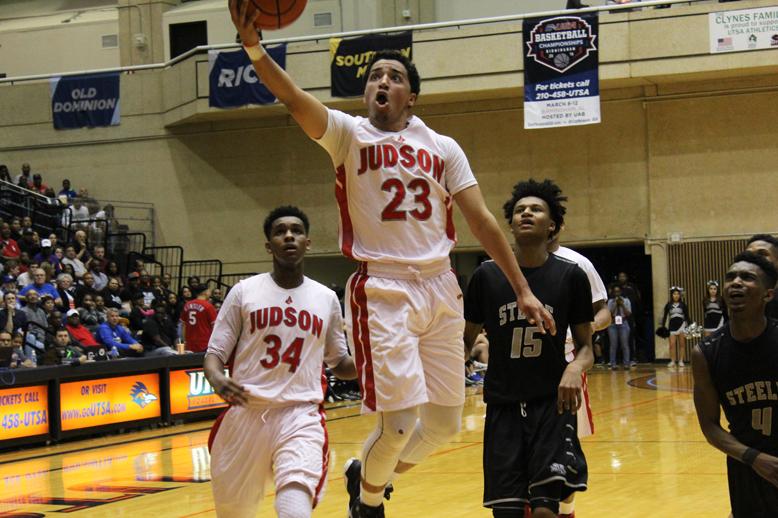 The 2016 Judson basketball team’s season ended earlier in the post-season than most wanted it to. However, the team’s outlook on the loss was probably different than anyone else’s.

Despite the 82-74 loss to the Steele Knights at UTSA March 2, one can’t help but except the fact that a double overtime game is one to remember, especially for a team’s last game.

The regular season struggled in the beginning with the loss in the season opener to the Warren Warriors 64-67, a 50-32 loss to the Atascocita Eagles, who came in undefeated (4-0); and a 70-66 loss to the North Crowley Panthers.

“The season started off tough, but we ended up coming together,” senior Jarehn White said.

And so they did.

They went onto win their next three tournament games including an impressive 80-59 win over the John Jay Mustangs. On January 10, the Rockets held the Sam Houston Hurricanes to 38 points as they pulled out 68 points on the road at the Cedar Hills Lions Tournament. A couple days later, at the same tournament, they won by 28 on the Grace Prep Lions 78-50. These results grabbed people’s attention, especially the coach.

“Our team did a terrific job of competing, of improving with each practice and game, and of overcoming adversity,” head coach Michael Wacker said. 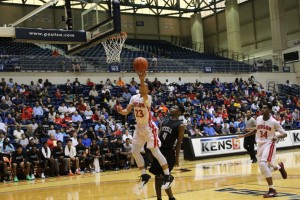 The Rockets finished the regular season (20-12) and won 7 out of 12 district games, but they knew they were still missing some important things going into the playoffs.

“We knew we wouldn’t make it far into the playoffs if we didn’t get together as a team and we decided to put team before individual,” White said.

They went into the playoffs as planned.

Against the Johnson Jaguars, they went on a commanding 22-9 run from the third well into the fourth quarter, sealing their first game 70-52. In their area playoff game against the Brandeis Broncos, coming in at (31-1), they won 60-51 handing them their second loss on the season. With this win, they would take on the Steele Knights in a highly anticipated quarterfinal match-up that was destined to be a good one.

In the Steele game, the fourth quarter seemed like a promised victory being up 47-52, but they would then tie it up in the last seconds of the quarter taking them into overtime. In the first overtime, the Rockets had a three point lead, 59-62. It wasn’t enough as a three pointer was hit to send them into a second overtime tied at 62 each. After that, the Knights ran off with the heart pounding game, 82-74. 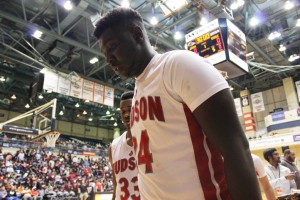 “One of the best games of my career,” White said.

Despite the loss, it showed nothing but the best of the Rockets and the team’s representation. Wacker is amazingly proud of his team.

“I felt like our team left everything they had out there on the floor in that double overtime game, and I know this team will always be considered as a success, precisely because they played extremely hard, smart and together in every game this season,” Wacker said.