The Fuel Online • May 16, 2018 • https://thefuelonline.com/boys-track-teams-place-second-at-state/ 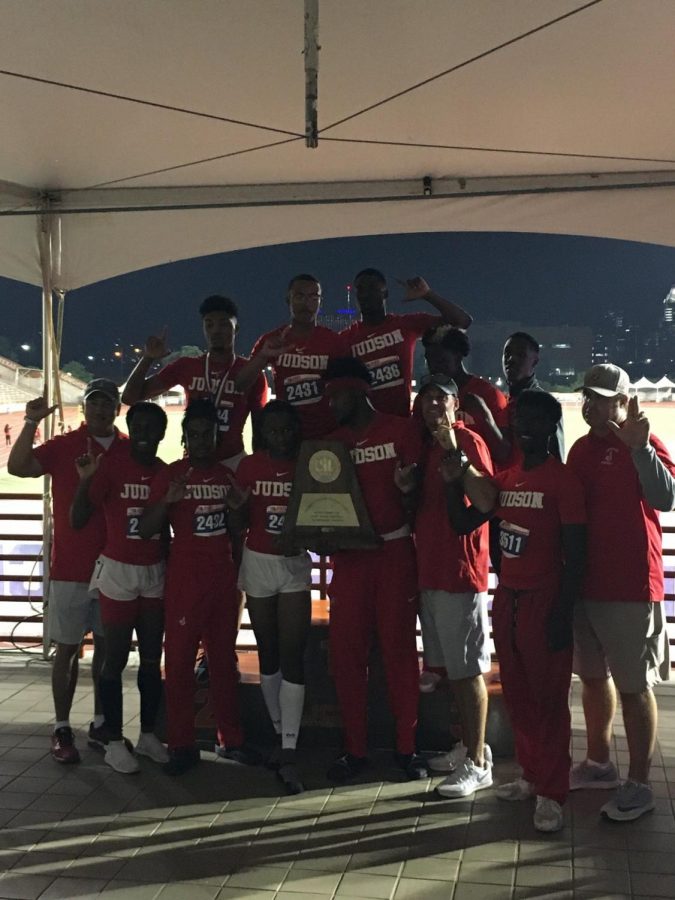 On Saturday, the Judson varsity boys track team competed in the state championship, along with Kaycee Brown who was the lone competitor for varsity girls.

The boy’s track team placed second overall (49 points) at state with the following wins, according to runners themselves:

The performances of the track team would have easily won a state championship last year, with the times beating the majority of events from not only our school’s times but times previously recorded at state.

According to the San Antonio Express-News, the relay teams made a city record for their recorded times for the 800-meter relay with a time of 1:23:58. A school record was also made in the 1600 meter relay with a record time of 3:13:63.

“We expected to place high and we ran faster in a lot of our events,” junior Dre’Quan Richardson said.

A standout performance came from senior Tre’bien Gilbert, who recorded first place in the 100 and 200-meter hurdle event, making him the fastest in the state.

“I knew I was going to be pretty fast because it’s my senior season and I wanted to show out and be a state champion,” Gilbert said.

Regardless of their second place state placement, all the members of the boy’s team put in a ton of work to bring home a trophy for the entire school to cherish.

This season, the varsity boys track team and varsity girls basketball were the only ones with state berths, farther than any other athletic team on campus.