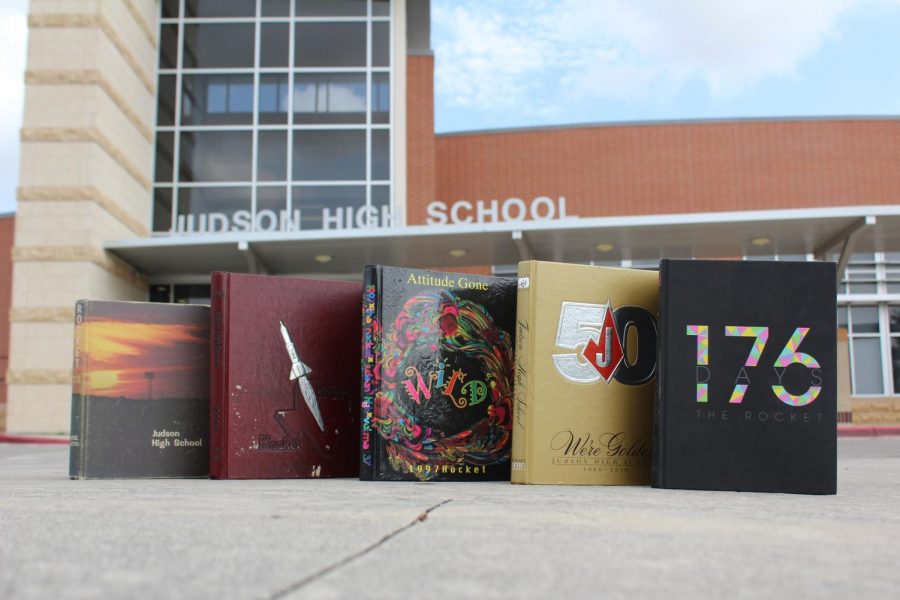 Sixty years of launching Rockets and 60 years of taking those four words and making them into something greater.

Judson High School was officially recognized as a school in the year of 1959. It is no doubt that the school has grown and evolved since then.

“It is really interesting if you go walk down the [main hallway] and you look at the pictures that are up there, the difference and the size of classes from 1959 to this past year. The diversity is huge. I think that it’s great – we’ve advanced, we’re getting better and better every year, and I’m excited about the next 60 years,” adviser Tina Ramirez-Tubbs said.

For many students, teachers, and staff members, being at Judson has given them a sense of family whether it’s biologically or not.

“We’ve really put a whole new definition to the word family here. A lot of schools, you can’t even have your family work in the same school. But not at Judson. We have a lot of family within the family by blood, by marriage, by friendship. It runs through our blood,” Tubbs said.

Through connections and bonds, Judson’s tightly-knit community has allowed students to create long-lasting friendships that often stretch out even after graduating.

“You know when people go to school, they say, ‘The friends you have in school, you’re never going to see them again, they’re not ever going to be a part of your life.’ That’s not true here. The friends I had in high school I am still friends with. And it’s not just [me],” Tubbs said.

Even through changes, the goal has always been the same: to produce successful students.

“With the consistency of administration and the things we do, I think we’ve naturally developed what we have now which is a very fluid system that we know how to manage,” Principal Jesus Hernandez said. “When I first started here, we were up to about 3,900 students. Since then, the district has opened up other schools, so we’ve reduced in size but we haven’t really changed the aspect of what we’re trying to do, which is to produce great kids that compete at every level and [that] they’re successful.”

Teaching thousands of students per year is difficult, but Judson’s supportive, caring community has dedicated itself to this very task for decades.

The campus has also received some tremendous gains. According to Hernandez, last year Judson had achieved a score of 79 from the accountability system for the state of Texas, compared to the year prior being a 68.

“We were one point away from being a B, but I was very happy to see the fact that we grew so much in one year. Knowing how to educate kids a little better, knowing what to focus on, in the future, I see this campus being an A campus, definitely,” Hernandez said.

With the newly implemented five-by-five schedule, Hernandez hopes that it will allow students to move forward a little faster and give them more opportunities for the years to come.

“I think that it’s going to open up a lot of opportunities for kids, I think kids are going to start seeing their success early on, and I think that’ll build upon that atmosphere of success,” Hernandez said.

The 2019-2020 school year will be heavily centered and themed around the number 60. As a matter of fact, Hernandez revealed that there will be a grand surprise on the 60th day of the school year.

“The whole year is kind of themed with diamonds because it’s the 60th anniversary, and the ‘60s, so like groovy, peace, and love. You’ll see a lot of that throughout the school year,” sponsor Desiree Machuca said.

Hernandez hopes, that for Judson’s future, it’ll finally be recognized as one of the best high schools in San Antonio.