Climate change is real and it is humanity’s fault. 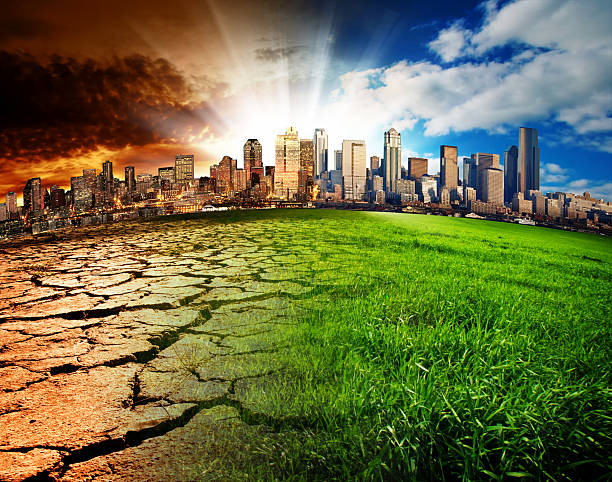 STOCK: A city showing the effect of Climate Change

Climate change may not be our generation’s fault. But we are the ones left to deal with it.

In early August, the United Nations declared the situation surrounding climate change “Code Red” –  global warming is getting worse and temperatures will continue to rise significantly within the next 10 years. Past generations have done what they can to avoid climate change and global warming, from passing emissions standards to signing multi-country treaties. Sadly, now we (our generation) are the ones that are going to have to save our planet.

To fix a problem, you must first have to face it – climate change is real and it is humanity’s fault.

In the past 10 years alone, we have had carbon dioxide emissions from fossil fuels grow 10%, global average temperature increase, and extreme weather became more frequent and severe. And that’s only a few consequences of our dying planet.

The prevention of climate change has not been a top priority in the past but needs to be made one now.

Some things that have been done include car companies like Honda and Toyota working for better energy-efficient vehicles. Corporate America has been influential in making climate changes, including technology companies like Google and Microsoft slashing emissions.

The government has also put the climate change crisis at the center of the United States’ foreign policy and national security. President Joe Biden has committed to tackling the crisis while at the U.N. Climate Conference. In a bill (that has yet to pass), the White House has set $555 billion dollars on the climate crisis.

Some local governments are not waiting for the federal government. Ithaca, New York has taken the steps to make their buildings decarbonized, which is a milestone in the climate crisis battle. New York City, San Francisco, and Boston have all committed to fighting the climate crisis through various policy changes. In 2017, the City of San Antonio committed to adopting a climate action plan, in support of the Paris Climate Agreement.

Sadly, even with this, it’s not enough.

When many people ask what you can do, the response is often to walk more instead of driving, incorporate more vegetables into your diet and cut your meat and dairy intake, and cut your consumption and waste by repurposing and recycling. Sadly, we may be at a point that permanent damage has been done and what is being done now is not enough.

At the end of the day, it may feel like there is not much we can do. But one thing everyone can do is use your voice as well as educate yourself on what is going on in the world in hopes that the official end of the world is not coming in our lifetime.