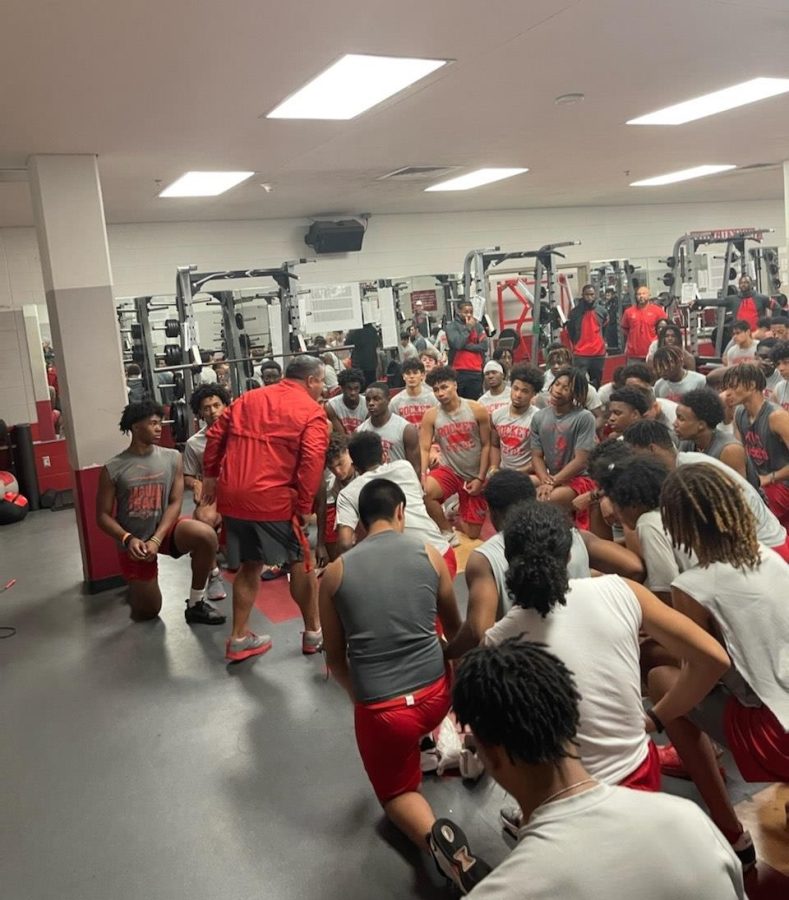 In December 2021, it was announced that Mark Soto, a Judson alumni and former Judson football coach, would take over as Head Judson Football Coach.

Soto graduated from Judson in 1991 and even played football here during that time. As the new head football coach and because of his strong previous ties to the school, he has plans to make the program stronger.

“I plan on continuing to build Rocket Pride, and I am just happy to be back here,” he said.

Soto has always dreamed of coming back to do great things at Judson, and claims it even stems from when he played here in high school.

“In 1990, I walked off the field with a loss in the state championship game. My only thought walking off that field is that I am going to coach here, and win a state championship here one day. So, I’m looking forward to this opportunity,” Soto said.

Soto is proud of his work as a coach and says the main reason he keeps coaching is the kids. He hopes he inspires his athletes and gives them knowledge of, not only the field, but in life as a whole.

“Kids… I love working with kids and teaching them a better way to think or at least giving them a decision making process that will help them make good decisions more times than not,” Soto said.

Taking the head coaching position for the Judson High School football team, carries a lot of buzz and puts a lot of eyes on him. However, Soto is not fazed or affected by the attention he has gotten over the last month.

“I’m way too blessed to be stressed. I just stick and move, just like Rocky. I just keep going,” Soto said.

As the offseason continues, Coach Soto plans to execute greatness with his players both on and off the field. Only time will tell, but there is a sense of potential building in this Judson football team, and Soto is a part of that.