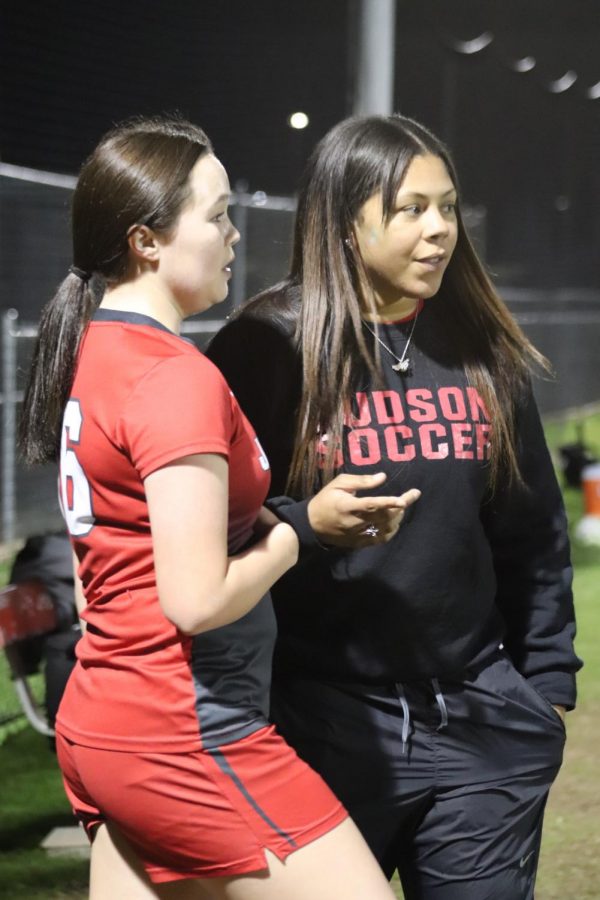 Coach Siobhain Mulkey’s is heading into her third year at Judson High School, and new head coach of the girls varsity soccer team.

Last year, she coached as the junior varsity coach. And the year before, she helped coach the middle school and high school teams while being a teacher at Judson Middle School.

“[The transition] was crazy fast,” Mulkey said. “It was literally one thing after the next. I couldn’t imagine myself not being at a school and not being involved in the soccer program because I just love it so much.”

Mulkey has played soccer since she was younger and always saw soccer in her future.

“It’s always been my dream to coach soccer,” Mulkey said.

Before coming to Judson High School, she taught at Judson Middle School. There, she was a soccer coach as well, so transitioning to high school was easier by teaching the same students.

“Working with them is awesome,” Mulkey said. “I’ve seen them grow inside the classroom, on the field, and in life. I’m proud of all of them.”

It was helpful to Mulkey that she had coached the girls last year as the assistant coach, especially because she was able to come into the new season with a better mindset.

“Coach Mulkey brought a new sense of determination to win,” Captain Danielle Hitchens said. “She has also unified us not only as a team but as a family. This year, we started watching film. By being able to see our mistakes, it has allowed us to improve exponentially. Last year was really rocky, [and] Coach Mulkey has expressed to us that we can not change the past but the only thing we can do is work hard every day for a better future.”

After the season they had last year, Mulkey had new ideas to help them grow into the new season.

With the record of 4-6-1 from preseason, Mulkey is determined and ready to begin districts.

“I feel really good about districts altogether. I’m excited and the girls have been preparing a lot. I adjust my practices so they can improve on the things they do well and fix the things they’re not doing so well,” Mulkey said.

Mulkey set high expectations for the new season. For the girls, and herself.

“As a coach, I feel that there’s always work that can be done and we can always be better than what we were,” Mulkey said. “I make sure if they are giving me 110% that I’m giving them 120%. I’m still going forward with the program because the girls are just going up, so every single game, every single year that I’m here, I just want to improve. I want girls soccer to be a prominent program at Judson High School.”

With a great new head coach, the soccer team is headed in a good direction for the new season. The varsity soccer team begins district play Friday, January 24 at Steele High School.