Despite not playing this season, senior Fernando Coronado signed to Howard Payne University 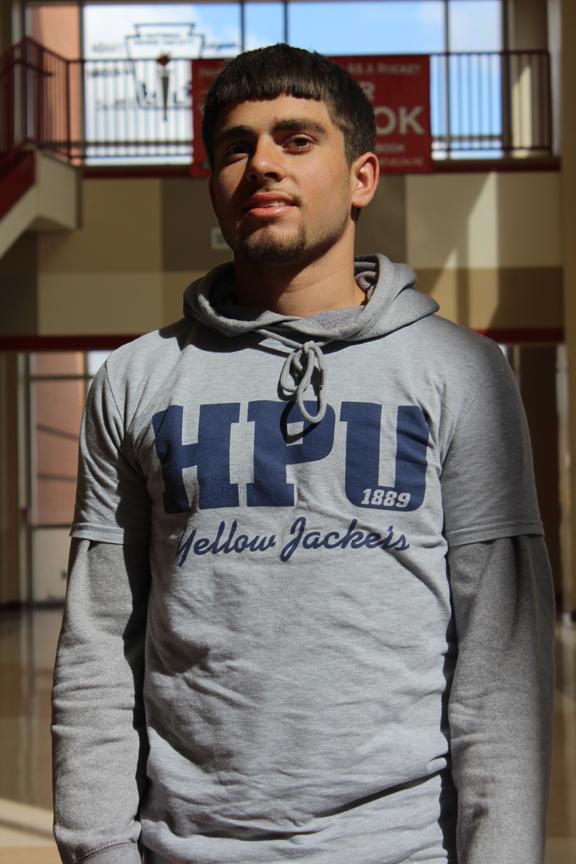 For athletes, senior year in high school is where you want to perform at the highest level in order to grab the attention of recruiters. Most people struggle to pursue that dream, whether it would be lack of planning, laziness, or an absolutely unfair obstacle. Sometimes, just keeping your head held high may be the only hope – and it just might work.

Fernando Coronado, a senior receiver for the Judson varsity football team, looked to have a full season ahead of him. But at the start of the season, he was injured, making his year flash before his eyes. Despite this, he came back for a couple games and signed to Howard Payne University on National Signing Day.

“I didn’t see myself getting signed when I first started playing football,” Coronado said. “It’s a true blessing.”

When young athletes grow up, sports inspire children to do big and bold things. Simply, seeing the NFL professionals winning rings and trophies, developing as men and players, and happily celebrating when they score, can spark an interest in a young kid’s eyes.

“Simply watching football inspired me to play it,” said Coronado.

After practice in August started, he had a severe knee injury tearing his meniscus. This injury is the incorrect twisting of the knee, making it horrendously painful to bend and extend the leg.

“I thought that I would never play again,” said Coronado

Most colleges pass up players for bad grades, conduct, and almost any injury that keeps them out for majority of a season. The opportunity that Coronado received would surprise most due to his injury, but not for him.

“They had been looking at me before I was injured,” said Coronado.

Despite his injury, HPU, a NCAA division III ranked team, held true to their word and outlook on Coronado. Because of this, they expect nothing but the best, and he wants to give them the same in return.

“I want to get better as a football player, help my team win, and to be remembered there,” said Coronado.