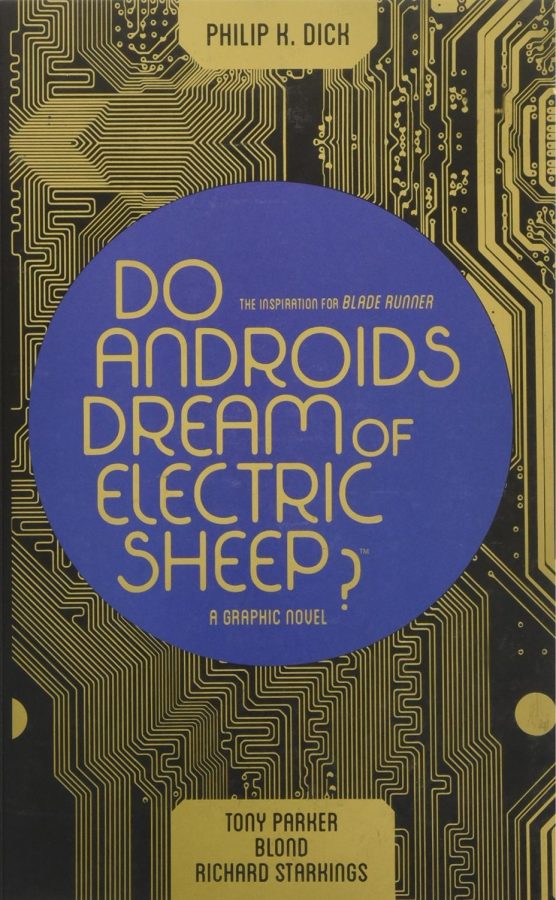 Philip K. Dick’s 1968 novel Do Androids Dream of Electric Sheep? is a science fiction technological dystopia based in the year 2021 in a post-apocalyptic war-torn and radioactive Earth.

The story primarily follows one Rick Deckard, a bounty hunter for the San Francisco Police Department, and his crusade to “retire,” a series of Mars Nexus-6 Androids who are posing as ex-emigrants hiding amongst the general public. Deckard uses what is known as the Voigt-Kampff test, a company created means of measuring the empathy in an individual in order to discern their identity as human or android, in order to unmask Nexus-6 androids and eliminate them.

In the world Dick has created, androids are not inherently based in malice, nor are they designed or created for the intent of harming human beings, they simply serve as companions to those emigrating to Mars in order to escape the toxic and radioactive dust and “kipple,” deteriorating the Earth and its residents.

However, as one Pris, a member of the Nexus-6 androids who escaped to Earth, explains, as humans get lonely on the empty and newly developed Mars colony, so too do androids, and their escape to Earth is merely a desperate way to grasp their sentience and claim a life for themselves.

It is this nature of androids that leads to one of the driving conflicts of the story, are they simply too human to morally retire? Deckard, throughout his commission, is unable to help but harbor feelings of loss, guilt, and overall empathy toward the androids, the lives they’ve built, and the people they seem to be.

One might find themselves wondering why a science fiction novel written almost half a century ago would have any relevance in today’s society, but the story of Do Androids Dream of Electric Sheep? is one that should undoubtedly be examined by individuals today.

Because the story is based in the year 2021, what was, at the time of its publication, seen as the far future, it is vastly interesting to read the predictions and compare them to lives people lead today. Some technologies introduced in the story are still further off, such as police-issued laser firearms and hover vehicles for the general public’s use. However, much of the technology mentioned has, to an extent, already been developed. Video-based long-distance communication, the development of AI, and (to a lesser extent) the ability to manually control feelings, or the chemicals causing said emotions, in one’s brain.

Regardless, it is the story’s themes and messages that are perhaps the most important to be analyzed and understood by the public today. The primary theme played with throughout the story is the idea of empathy, each character ties into the metaphysical representation of life and the understanding of life.

The novel introduces the idea of a religion known as “Mercerism,” a general belief in the scarcity and eternity of all living things, it is even seen as taboo to not own and care for a pet in this society, as it could show you do not value life. Not only that, but each character experiences some conflict involving their empathy, or in some cases lack thereof, and in these instances, the story is sure to invoke a critical question within the reader: What does it mean to be human?

In the story, the general census is that androids, no matter how emotional they may appear, will inherently lack empathy, and their emotions are simply crafted with the intent of imitating humans, nothing more. And yet, the audience is introduced to devices such as mood organs, a means for humans to create feelings and empathy within themselves.

This situation creates a conflict of interest in the definition of humanity. If those with manufactured feelings cannot be considered humans (i.e androids) then what of those who partake in creating emotions within themselves utilizing tools like the mood organ. It’s all one big moral paradox, and our world, fifty-three years after the book’s creation, is much of the same.

The world is always at one’s fingertips, being able to see billions of people’s emotions, lives, and dreams daily has normalized the connection of people but, perhaps, not in a good or empathetic way. Today, with the introduction of social media, much of what is seen and felt is fabricated, words carry much less weight, understanding is far less fluid. Our world may currently lack sentient androids, but we are no less lacking in empathy and manufacturing facades and falsities within ourselves and others.

Though the technology may not exist, we might as well already live in a world of androids.