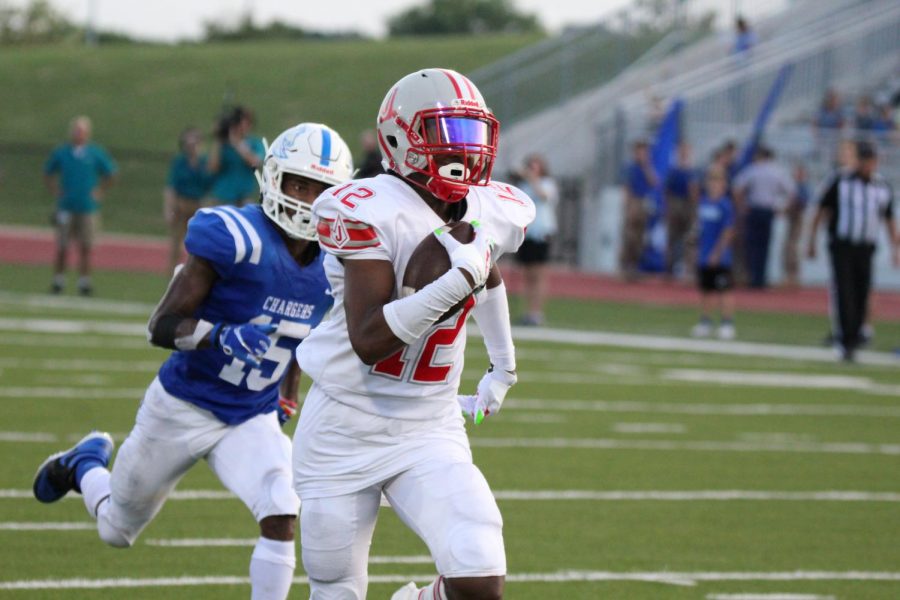 Senior Amarea Bailey-Davis runs the ball into the end zone. The Rockets beat the Clear Springs Chargers in their opening game of the season.

To begin the third quarter, Judson forced the Chargers to turn the ball over. This set up junior De’Anthony Lewis to run in for Judson’s fourth touchdown of the game, making the score 31-21. After a Chargers missed a field goal, the third ended with the Rockets leading 31-21.

To begin the fourth quarter, Lewis ran in for Judson’s fifth touchdown of the game to make the score 37-21. With 2:37 left in the fourth quarter, the Rockets missed a field goal, but right after senior Kerron Napoleon caught a pick-six to make the score 44-21. After a late touchdown from the Chargers, the game ended with the score 44-28, as the Judson Rockets defeated the Clear Springs Chargers.

The Judson Rockets will face the Wagner T-Birds for the annual Hammer Bowl at D.W Rutledge Stadium on September 6, 2019.