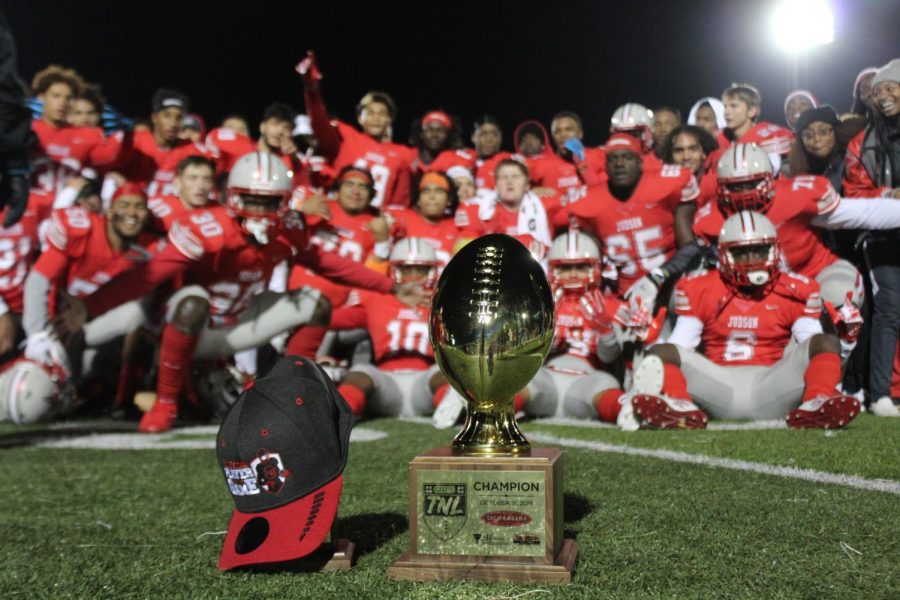 The Rockets beat East Central 49-9 to be the CW39 TLN Champions! They were presented with a trophy at the end of the game.

To begin the first quarter, both teams had big defensive plays and the Hornets regained possession on the 41-yard line. The Rockets broke up a fake punt, giving the Rockets the ball on the 46-yard line. Senior Mike Chandler used that opportunity to score Judson’s first touchdown of the game to make the score 7-0 at the end of the first quarter.

To start the not-so-action packed third quarter, senior Antony Shelton scored Judson’s fifth touchdown of the game to make it 35-3. After junior Kameron Lopez ran in for another Judson touchdown, the third quarter ended with the Rockets in the lead 42-3.

To begin the fourth quarter, the Hornets finally scored their first touchdown of the game to make it 42-9 after a missed field goal. Junior Trey Brown pushed through his defenders to score another Judson touchdown to end the game as the Rockets defeated the Hornets 49-9.