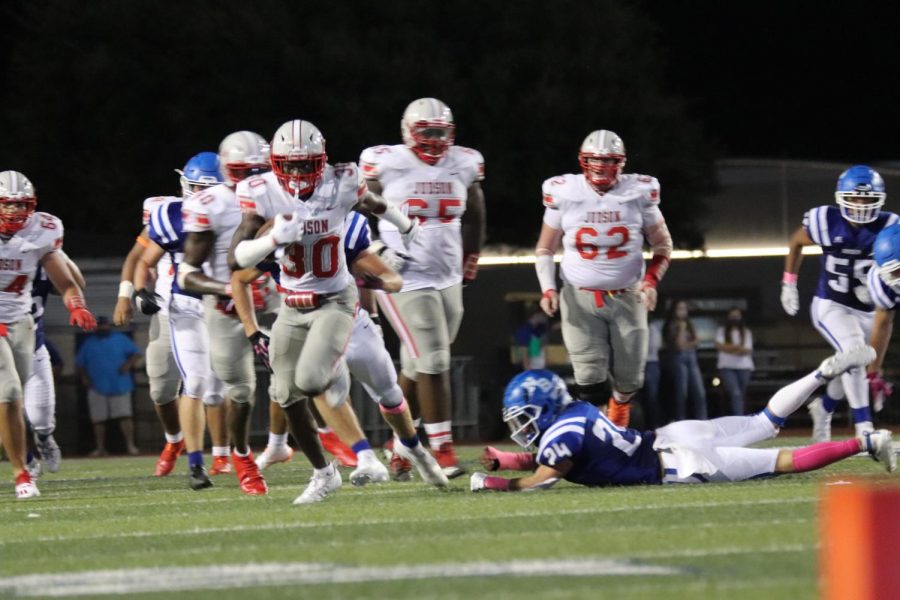 Senior De'Anthony Lewis runs in for a touchdown against the Unicorns last Friday night. The Rockets beat New Braunfels 37-14.

At the beginning of the game, the Unicorns were pushed back all the way to the 25-yard line and were quickly forced to punt. Once Judson had possession, senior De’Anthony Lewis ran the ball all the way to the 12-yard line to set up junior Michael Burroughs to score the first touchdown of the night. After the Unicorns were yet again forced to punt, the Rockets kicked a field goal to increase their lead to 10-0, ending the first quarter.

To start the fourth quarter, the Rockets scored yet another touchdown. Once the Unicorns had possession, they were again forced to punt. Burroughs then ran the ball in for another touchdown, followed by the Unicorns finally being able to get their first touchdown of the night, which brought the score to 37-7. In an attempt to get as many points on the board as possible, the Unicorns scored another touchdown at the end of the game to give Judson the win over New Braunfels 37-14.