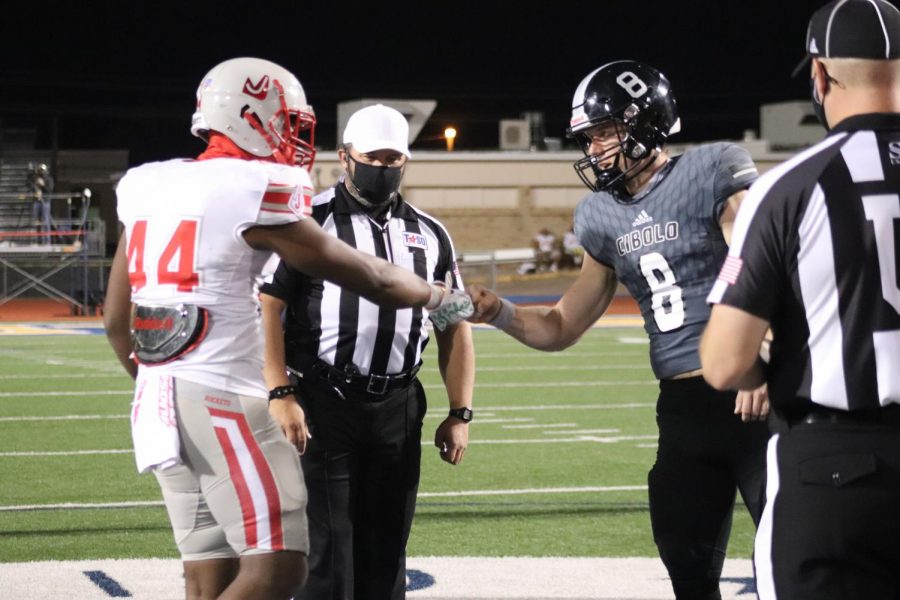 To begin the game, senior De’Anthony Lewis had a big run, which set up junior Micheal Burroughs to score Judson’s first touchdown of the game after he dusted the Knights secondary on a quarterback draw. Steele’s offense was stonewalled by Judson’s defense as the Knights were forced to kick a field goal after being stopped short at the goal line. Judson led 7-3 with 4:21 left in the first quarter. After an insane 50+ yard touchdown run by Lewis, the Rockets increased their lead to 14-3. With a very questionable call, a Rockets dropped pass was ruled a fumble and the Knights obtained possession of the ball on the 33-yard line, but to no avail as the first quarter ended with the Rockets leading 14-3.

To start the last quarter, Judson’s defense was all over the Knights’ offense as they were unable to move up the field and were forced to punt on 2 straight possessions. After the Knights got the ball back, junior Saiveon Johnson intercepted the ball to give Judson possession on the 28-yard line. The Rockets went on to defeat the Steele Knights 28-16 in a hard-fought district win.

On Friday 27, 2020, the Judson Rockets (5-0) will face off against the Wagner Thunderbirds (3-2) in the annual Hammerbowl at D.W Rutledge Stadium.