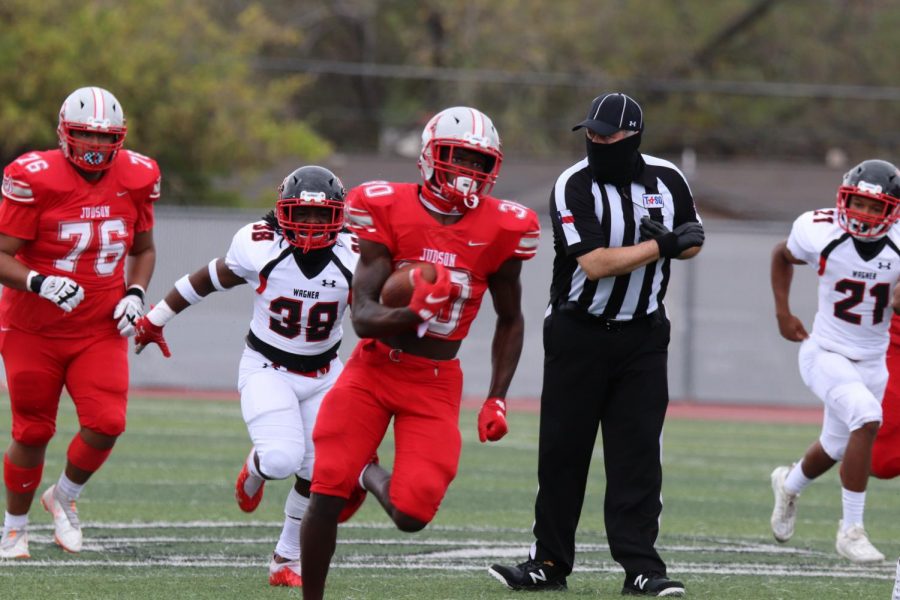 Senior De'Anthony Lewis runs the ball into the end zone to score for the Rockets. Judson beat Wagner, 63-34.

On Friday, November 27, 2020, the Judson Rockets (5-1) faced off against the Wagner Thunderbirds (4-2) at D.W Rutledge Stadium for the annual Hammer Bowl.

The fourth quarter started off uneventfully but picked up when senior Isaiah Washington was able to run in for a touchdown with less than six minutes on the clock. Shortly after, the Thunderbirds gained possession which allowed them to score their final touchdown of the evening also ending the fourth quarter 63-34. The Judson Rockets defeated the Wagner Thunderbirds in Judson’s highest-scoring Hammerbowl since it first became a tradition in 2006.  The Rockets managed to beat their highest-scoring game this year by 11 points.