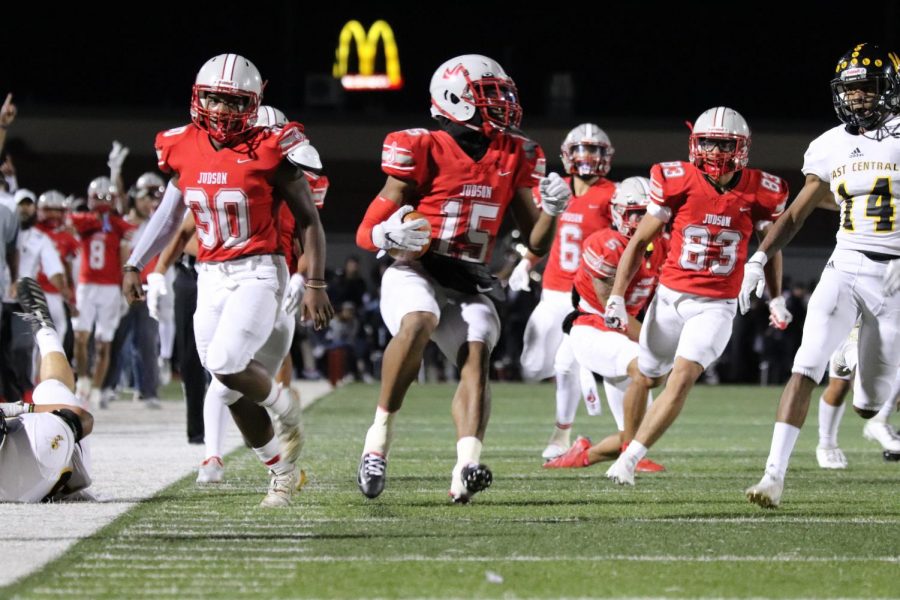 East Central then took possession of the ball and ran it down to the end zone. Another flag was called on the play, making it incomplete, holding the score 9-21, Hornets. The Rockets then scored a 59-yard touchdown pass from senior Michael Burroughs to Jones with only 55 seconds left, making the score 16-21, Hornets, ending the second.

The third started slightly slowly until the Rockets finally got another touchdown pass from Burroughs to junior Jeremiah Dunn which was followed by a field goal from the Hornets ending the 3rd quarter with the hornets still slightly in the lead 22-24, Hornets.

The fourth quarter started with nail-biting back-to-back battles between both the Rockets and the Hornets. However, the Rockets pulled through at the last second scoring another touchdown. However, they missed the extra point put the score at 28-24, Rockets. The Hornets had one last drive, which was a “Hail Mary” touchdown pass from the opposite end, which was caught by the Hornets ending the fourth 28-30, Hornets. This is the first time the Rockets have lost to the Hornets in over four decades.