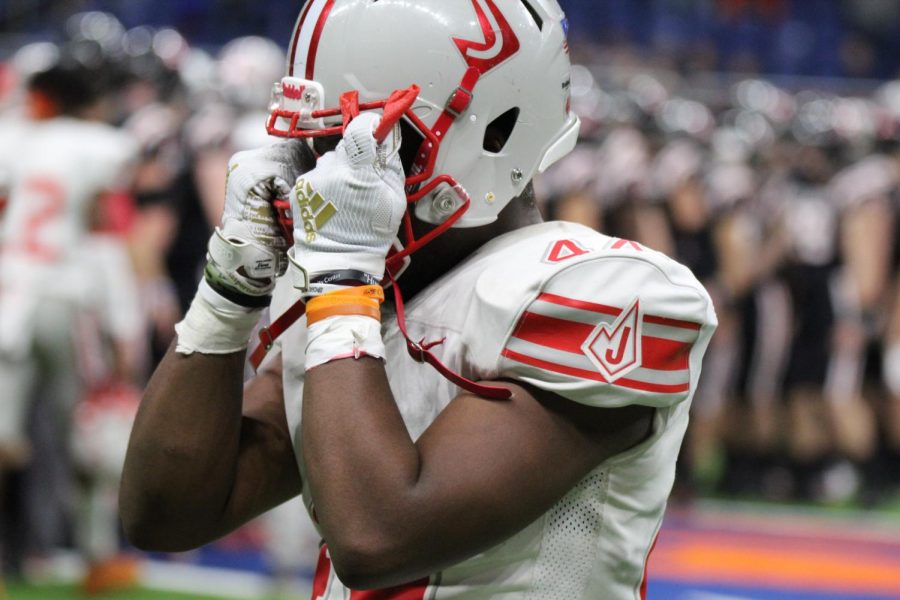 Junior Donnie Moody shows frustration after their lost against Lake Travis. The Rockets ended their season 12-2.

To begin the game, Judson got shut down on their first drive but major defensive plays from sophomore Treylin Payne and junior Donnie Moody forced Lake Travis to kick a field goal, which made the score 3-0. Senior Amarea Bailey-Davis caught an amazing tightly covered touchdown to give the Rockets the lead 7-3. After a huge hit from senior Keronn Napoleon, the Rockets recovered a fumble to obtain possession on the 39-yard line. Senior Mike Chandler brushed off tacklers and scored Judson’s second touchdown of the game to make the score 14-3, which ended the first quarter.

To begin the last quarter, Chandler ran in for a Judson touchdown to make the score 28-38, which led to Lake Travis to quickly respond as they scored another touchdown to increase their lead 28-45. After a very long drive, the Judson Rockets ran for their fifth touchdown to bring the score too 35-45 with 5:39 left in the fourth. After a stalemate for the rest of the game, Judson was forced to punt, which ended the game.