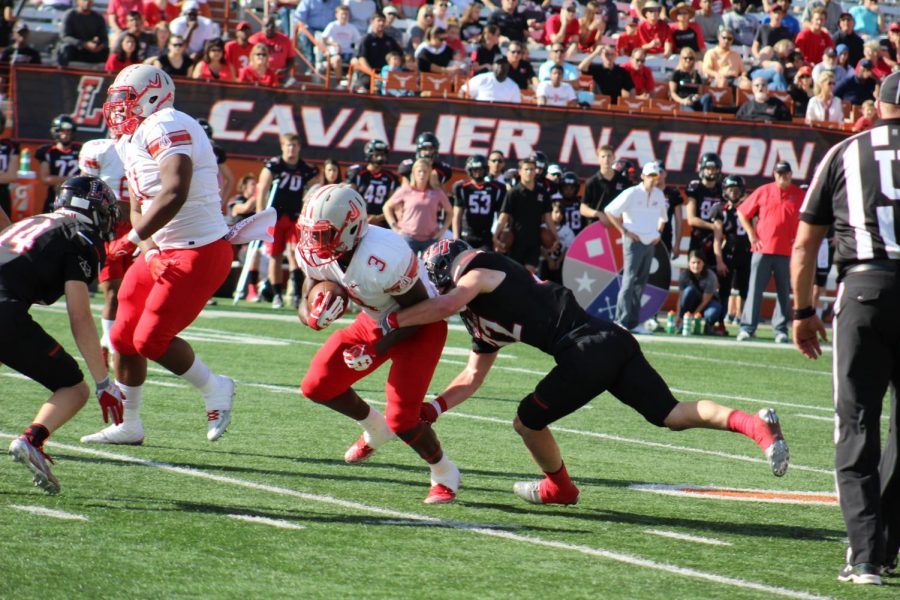 After successfully taking out the Warren Warriors (6-5) last week, the Rockets (10-1) traveled to Darrell K Royal Texas Memorial Stadium in Austin to face off against the Lake Travis Cavaliers (9-2).

“We gotta do what we do we gotta play Rocket style football,” outside linebacker coach Quintin Green said. “Only thing that’s changed is our growth, our brotherhood. It’s gotten stronger throughout the weeks.”

The Rockets received the opening kickoff, which went past the end zone. The Rockets started on the 25-yard line. Near the end of the first quarter, the Cavaliers managed to take the lead with just over three minutes remaining on the quarter. The Rockets quickly pushed back when senior Shane King scored a 31 yard field goal, making the score 7-3 for the Cavaliers with just under one minute remaining in the first quarter.

The Cavaliers came into the second quarter strong scoring within two minutes. The Judson offense was quick to recover with an impressive 72-yard touchdown run by senior Julon Williams only two minutes into the quarter, making the score 14-10 with the Cavaliers ahead. About thirty seconds later, the Rockets defense pressured the Cavaliers back into their own endzone for a safety, bringing the game to only a two point difference.

Halfway through the second quarter, Williams made a nine yard touchdown run, bringing the score to 19-14, puting the Rockets ahead of the Cavaliers for the first time. Two minutes later, Williams threw a 35-yard pass to senior Kishaun Fisher, putting the score 26-14 with the Rockets in the lead. With less than two minutes left in the first half, senior Cameron Dicker scored a 48-yard field goal for the Cavaliers with Judson leading 26-17 at the half.

This was the last game of the football season for the Rockets. The Lake Travis Cavaliers will face Los Fresnos next saturday for the third round of the UIL Football Conference 6A Division 1 Playoffs.