I’m better than I thought I was 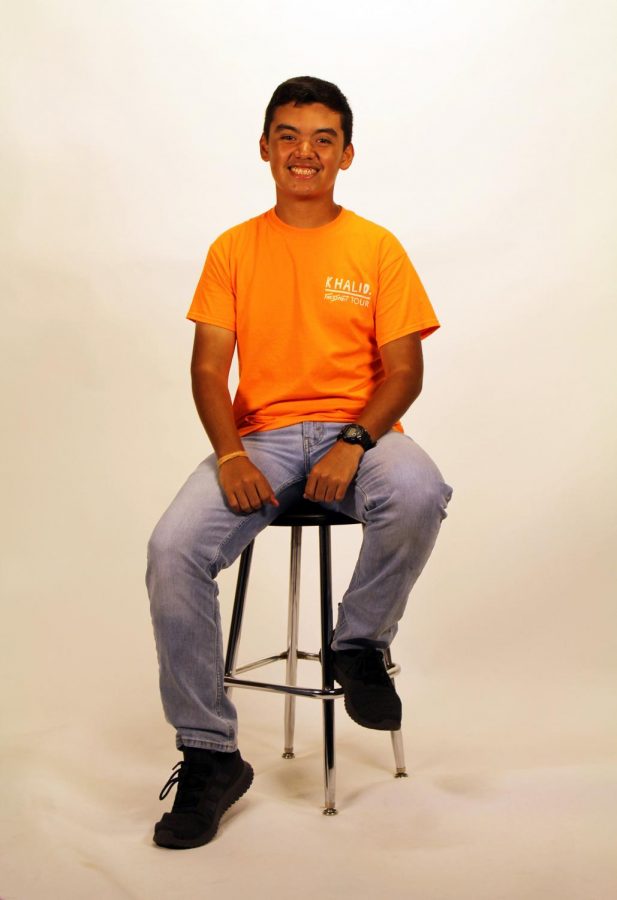 It has been said over and over again by many of my fellow classmates in the class of 2020 – senior year is essentially over.

But instead of wallowing in sadness, I am looking back at the last four years and thinking about everything I have learned, accomplished, and went through.

High school is all about finding your niche and it took me until junior year to figure out what that was.

There have been many times during the last two years when I felt as if I wasn’t good enough.

I only played sports as a little kid, but I had a lot of knowledge on the subject. Throughout middle school and high school, I had been criticized for never playing football or basketball, so “I shouldn’t care as much as I did.” Yet, no one knew the reason why.

I give credit for my knowledge to my father, who is the head football coach at Harlandale High School in San Antonio. Ever since I was a little kid, he took me to football, basketball, baseball, and soccer games, which we still do to this day. That’s where my love for sports began – with my dad. And even though I barely played any of them, I knew I wanted it to be a part of my life somehow.

With that being said, I really do struggle with feeling like I am good enough. It really took a toll when I made a mistake early on in the year, but what I have been able to do is overcome and learn from it.

Becoming Sports Editor for The Fuel in April 2019 opened up a multitude of opportunities and gave me the drive to do my absolute best.

It’s always said that junior year is your hardest year of high school and boy, were they right. There were points when I was out for several days throughout the year with an illness and it severely impacted me mentally and physically. By the end of it, I was completely drained and all motivation had been depleted. However, a good friend’s advice about how everything I’ve gone through, and that I haven’t given up, spoke volumes to who I am.

It really woke me up to keep pushing on.

Aside from the struggles I have experienced, a lot of good came with the last four years.

Not only was becoming Sports Editor a highlight, but one of my articles was an inspiration for a feature spot on News 4 San Antonio. I also accomplished becoming the Historian for the award-winning Judson Band, which allowed me to continue to capture the moments and tell the stories of what happened within the program. Another thing I am grateful for is Judson’s Chick-Fil-A Leader Academy, to be a part of an organization whose purpose was to help others in the community.

Being a part of something that is bigger than just myself has helped me grow as a person. I am a much different person than I was when I got to Judson High School in 2016. I am extremely blessed for that. All of it couldn’t have been achieved without hard work, dedication, and people and teachers who guided and supported me along the way.

It came as a surprise to me, that with all the struggles I went through, which at times hurt my academics, that I was accepted to the Mayborn School of Journalism at the University of North Texas. It was an absolute shock to me because once again, I didn’t feel like I was good enough. Yet, it gave me the reassurance I needed and I am happy to say I will be going to Denton for the next four years to pursue a career in Digital and Print Journalism.

The lessons and skills I learned from high school will surely benefit me in the near future. I have a new drive for the future and more confidence than I’ve ever had. I can say that Band, Newspaper, Chick-Fil-A Leader Academy, and Judson High School have shaped me who I am today.

I am proud to have been a Judson Rocket.