The Fuel Online • May 25, 2022 • https://thefuelonline.com/internet-and-tech-desensitizes-youth/ 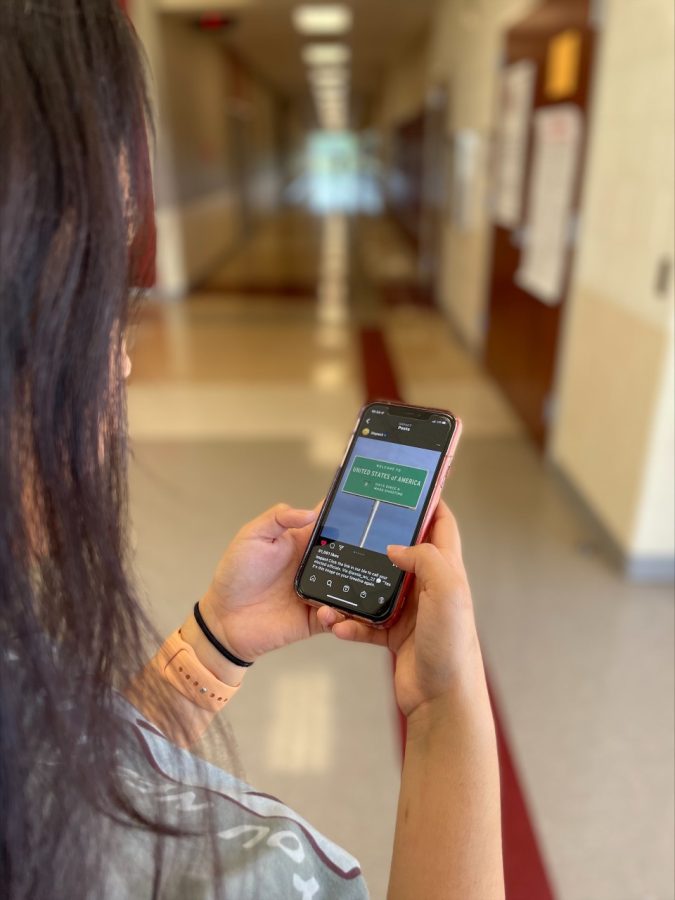 Since the early 60’s scientists have been working on what many may call the best thing since sliced bread: the internet. The internet changed everything. It helped millions of people get access to knowledge with just a few clicks. However, despite all the good the internet was intended for, there are also detrimental faults that come with the territory.

One of the biggest problems with the internet is how easy it is for people to plan and carry out attacks or to simply spread violent ideas.

For example, on September 11, 2001 the terrorist group by the name of  Al-Qaeda carried out a planned attack which consisted of hijacking multiple planes and flying them into various American landmarks. As a result, America was stripped of The World Trade Center as well as the deaths of 2,977 innocent American lives. Later, it was revealed that the leader of this terrorist group, Osama Bin Laden, had used the internet to network and plan the attacks for months leading up to the event.

Growing up I’ve watched as my generation was slowly conditioned to acts of terrorism such as 9/11. The biggest reason for this, in my opinion, is the internet.

For as long as I can remember, we were taught periodically what to do in case of a school shooting. At first, when we started to learn the drills, I would be petrified, sitting on the floor trying not to make noise. However, as I’ve gotten older, the drills have just become a normal part of our reality. Now when we have a drill, I will admit I don’t always take it as seriously as I should, especially with the trend of mass shootings in the US.

But how does the internet impact all of this? I think the answer is social media.

I think part of the reason the majority of my generation is so unfazed by these acts of violence is because of our nonstop use of social media.

Multiple shootings occurred during my freshman year of high school in 2019. According to CNN, there were more than 45 school shootings that year in America. On average, nearly one school shooting a week took place in this country.

During that time my social media pages were flooded with reposts of the graphic videos of the attacks. Everyone at my school, every kid my age in America, saw those videos.

At first it scared us. We practiced more drills and even had class and school-wide discussions about what was happening.

But as time went on, as ugly as it sounds, all you would hear was, “Well it happened again.”

It almost became normal for us, because in a way it was, due to easy sharing of the videos via online platforms. Violence in our everyday lives was now a norm.

While researching several mass shootings, I’ve found that many of these acts of violence have a common factor: the shooters sometimes had even left trails of what was to come on their personal social media accounts.

For example, consider the Parkland, Florida shooting that occurred on February 14, 2018 at Stoneman Douglas High School. The gunman, student Nikolas Cruz, had made several videos prior to the attack, expressly stating what he was about to do.

In one of the videos, Cruz says, “My name is Nik, and I am going to be the next school shooter of 2018.” In addition to these videos, Cruz also posted graphic images on his social media account which were even more alarming. The posts included pictures of dead animals with their organs fully taken out and even several posts of him holding knives and guns.

Clearly, Cruz was using social media to spread his ideas and his violent urges. And, yet, he was not stopped.

So, what are we missing in detecting and reporting the use of social media in the planning of violent events?

Are we taking the right measures to combat these phenomenons?

Unfortunately, I don’t know the answers to this question, but what I do know is that it’s important that we be more proactive. As a generation we must monitor these kinds of violent posts. I believe that is the most effective way to prevent these acts of mass violence. Furthermore, if you see something, say something. You may be able to save yourself and other innocent lives.

Disclaimer: This article was set to run the day after the horrific shooting that took place at Robb Elementary School in Uvalde, TX. As of the publication of this article, 19 children and 2 teachers have passed away. These children and teachers were directly affected by an act of mass violence when an active shooter entered the campus. While details are still developing, it has been suggested at the time of this publication that the gunman may have left a post that seemed to foreshadow the events that would unfold on May 24, 2022. My deepest condolences go out to all of the victims and anyone impacted by this horrific event. America will forever weep because of this loss. Hopefully this can convince you to be more concerned and aware with things you may scroll past on your phone. As a generation, WE CAN BE THE CHANGE.