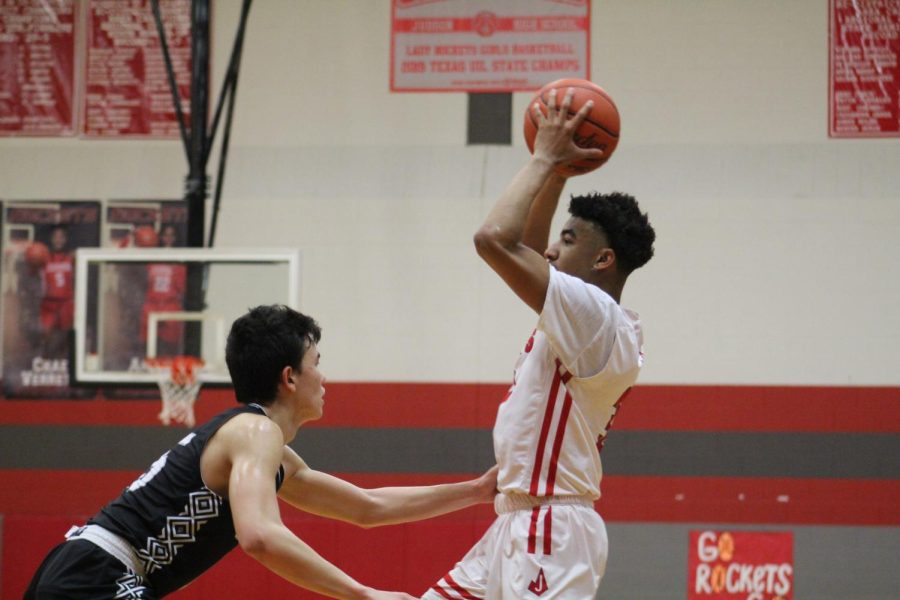 The first quarter started off fast with senior Rocket Anariss Brandon scoring the first two points of the game. Steele quickly answered back which led to an intense battle between both teams. The Rockets put up a good fight for the next few minutes. Junior Donavan Gomez scored a 3 pointer followed by another basket by senior Christian Pillow, leaving the Rockets just slightly behind at 13-16. Despite the Rockets strong offense, their defense allowed the Knights to push past the Rockets. The first quarter ended with Steele in the lead at 13-25.

The second quarter started with both the Rockets and Knights scoring a basket. The Rockets then again found themselves falling behind which prompted a sudden push by the team to score multiple baskets and as well as a 3 pointer by freshman Elijah Favela. However, the Rockets were still behind 22-36 with 3 minutes and 20 seconds left in the second. Despite both teams exchanging back and forth baskets, the Rockets failed to catch the Knights and ended the second quarter behind at 32-43.

The Rockets started off the third quarter hungry by putting up 8 points on the board within the first two minutes resulting in the Rockets only five points behind Steele at 40-45. However, the Knights answered back with two threes and one basket, which led to both teams going into an intense battle. The fast paced, back to back pace included multiple baskets by both teams. To end the third, both Brandon and Gomez scored a three pointer which ended the third 52-63, Knights. At this point, there was an intense feeling in the crowd. Judson fans had hope of success for the last quarter.

The fourth quarter started off with a turn of events with the Knights scoring back to back. Fortunately, the Rockets picked up and began to put multiple points on the board holding the score 65-76, knights. The Rockets tried to answer back multiple times; however, they found themselves still behind because of simple mistakes 70-78, Knights. The Rockets came back after a timeout in hopes of redemption. Steele pushed back even harder, ending the game 70-82, Knights.