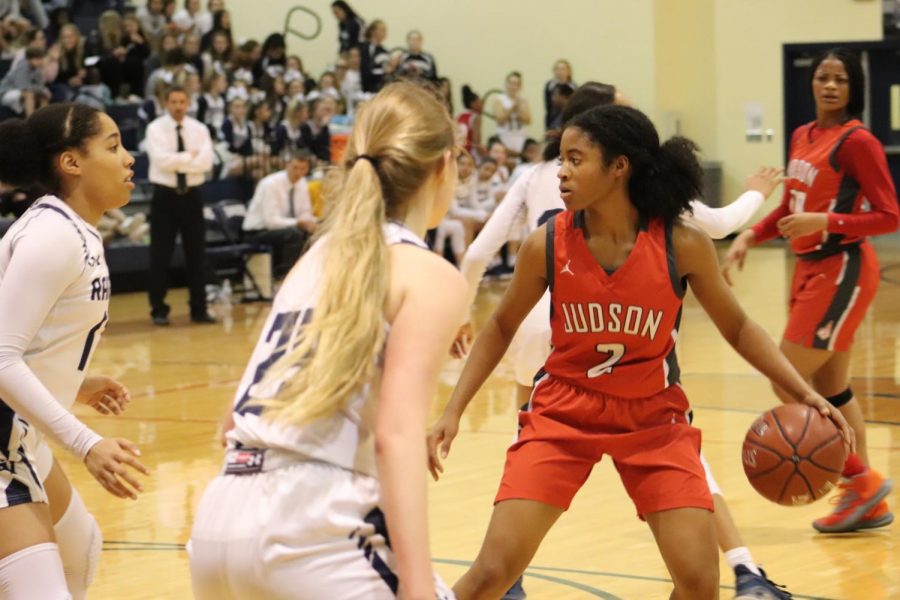 On Tuesday, January 14, the Judson Lady Rockets (19-8) took on the Smithson Valley Rangers (21-3) in a key District 26-6A matchup. The Rangers are 5-0 and on top of the district while the Rockets sit in second place at 4-1 with the only loss being to Clemens before Winter Break.

To start the first quarter, the Lady Rockets got off to a quick start and took advantage of early Ranger turnovers to go up 10-0. The Rangers finally settled down and went on a scoring streak to bring the game within two points but the Rockets had a response to end the first in the lead, 12-8.

In the second quarter, junior Kierra Sanderlin put up seven points in the quarter to keep the Rockets ahead. The Rangers and Lady Rockets traded scores all through also as both defenses were putting on the pressure. Sanderlin ended the first half with a two-point jumper to make it, 24-17.

In the third quarter, sophomore Amira Mabry really put on a show, scoring seven points in the quarter. Both Mabry and senior Teanna Huggins sank threes to keep the Rockets ahead when the Rangers began to close the gap. The Lady Rockets ended the third with a 40-31 lead after both Sanderlin and Mabry went in for layups.