Lady Rockets cut short in first round of playoffs 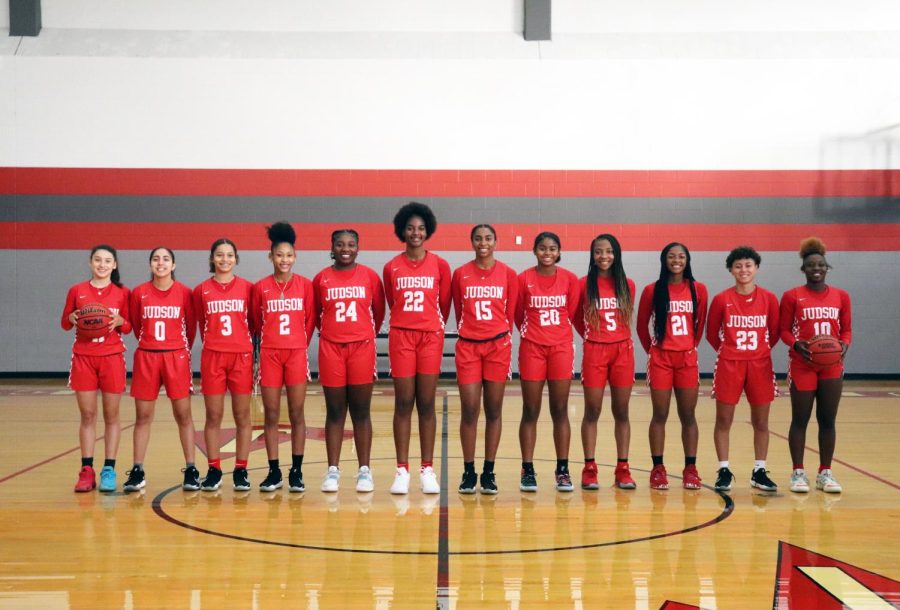 The Lady Rockets basketball team faced off against the Brandeis Broncos on Monday, February 15th for the first round of playoffs.

The second quarter started with senior Amira Mabry getting fouled putting her on the free throw line. Mabry made her free throws. Both teams found themselves in a scoring drought through most of the second quarter. However, at the two minute mark, both teams found themselves fighting for the lead. After senior Michaela Verrett drew a charge, the Broncos came back with back-to-back threes, finishing the second half in the lead 29-23.

The Broncos started the second half strong, keeping their lead and scoring the first consecutive eight points of the quarter. The Lady Rockets couldn’t seem to keep an offensive possession, getting many turnovers. The Rockets scrambled to get points on the board. Junior Ari Rodriguez scored the first three points for the Rockets. However, the Broncos continued their scoring trend, and the Lady Rockets continued struggling to put up points. The Rockets eventually called a timeout after falling behind 40-26. After the timeout, Rodriguez came back and scored two more shots from the three-point range. The Broncos answered back both times making it hard for the Lady Rockets to catch up. The third quarter ended with the Rockets down by 12 at 49-37.

The Broncos started the fourth quarter once again with the first three points; however, this time the Rockets answered back immediately with three points of their own. Both teams continued to go back and forth keeping the Lady Rockets 12 points behind until the Rockets eventually called a timeout. Unfortunately, the Rockets found it near impossible to put any points on the board.  It was easily noticeable that the Rocket guards found themselves looking for known top scorer Mabry, who found herself double-teamed the whole game, leading to very little scoring from in-the-paint. Late in the quarter, the Rockets fell farther and farther behind. With less than 20 seconds left, the Broncos held the ball until the clock ticked to zero. The game ended with the Lady Rockets falling to the Brandeis Broncos 67-47.