Game-changing call in the third quarter changed the game's momentum. 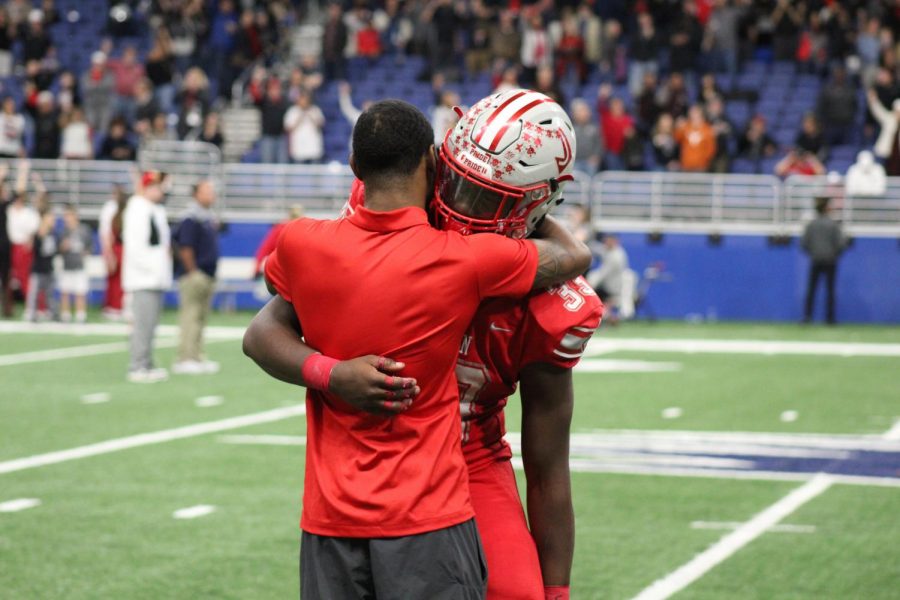 Senior Rashad Wisdom shares an emotional moment with a alumni. The Rockets fell to the Lake Travis Cavaliers 38-21 to end their season.

The Judson Rockets faced off against the Lake Travis Cavaliers on December 8, 2018, at the Alamodome for the regional finals.

To start the third quarter, Wilson of the Cavaliers caught a deep bomb for the Lake Travis third touchdown the game. After a game-changing bad call, Lake Travis kept possession after a possible forced fumble which lead them to kick a field goal that made the score 24-14 to end a very questionable third quarter.

After a botched kick return, the Cavaliers got the ball on their side of the field. To ice the game, Wilson of the Cavaliers caught their fifth touchdown, which ended the game with the score of 38-21.

The Judson Rockets undefeated season comes to an end against the Cavaliers.