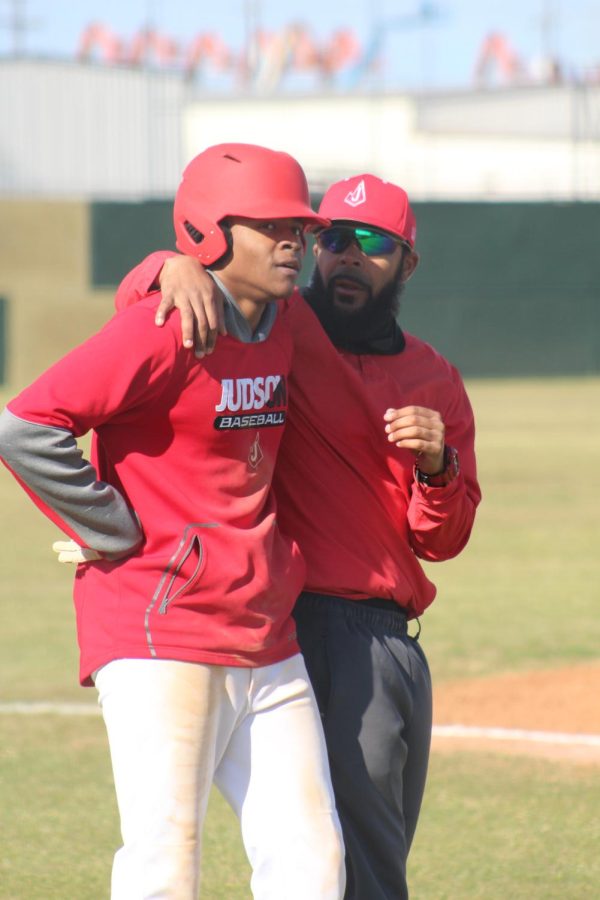 Judson High School has always been known as a basketball and football school. Which means many have overlooked Judson’s baseball program. But this year is different. With a new coaching staff, a new approach, and a new mentality, the Judson Rocket Baseball program is undergoing major change. Led by new Head Coach Aaron Warren, the program is carving a new path and promise is high.

“There were a lot of emotions with the announcement [of his head coach position],” Warren said.  “There was excitement but worry as well. I felt like I was ready because we have a young, talented team. So, I accepted it and got to work.”

It’s not easy taking on this big of a position in such short notice. Being a position coach (Warren was Judson’s outside linebacker coach in the fall) meant he only took care of a few kids. With the sudden move to a head coach position in January, Warren had to adjust quickly. His goal was to push the program into a state of excitement.

“I wanted to create a buzz around this program. There are a lot of small things being processed coming into the new season,” he said. “Hype videos, new uniforms, getting our social media presence out there. All these small things will get our guys hyped-up for the season and make them buy into me and buy into the things that I’m doing so that we all work a little bit harder than in previous years.”

With a lot of returning baseball players, the team has shown some maturing since last year. Player morale and energy levels have changed dramatically for the better. In the first few scrimmages in February, it was obvious that player energy was high and that players were enjoying time both on and off the field. One player attributed that feeling to Warren.

“I think the new coaching is helping a lot. The morale is definitely better and the team is feeling more like a family each day we practice and spend time together,” junior Javier Torres, a Texas State commit, said. “Off the field, we’ve been keeping our grades up and making sure to stay out of trouble because Coach makes sure we are accountable for everything we do. The chemistry we have built from off-season to the first few scrimmages has been great, and it will only be better from here.”

Coming into this new season, the expectations for Judson Baseball are high. Because of the major coaching shift, the school now has hopes for the team to go farther than ever before. Because the players seem to have embraced the change, and with all the training they put in during the off-season, momentum is real. The Judson Baseball Program appears to be in full swing as they move toward their first district games next month.

“Playoffs! Playoffs is the goal! Our boys lock-in from start to finish every practice to ensure we are successful this season,” Warren said. “We have a lot more growing to do, physically and mentally, and a lot more knowledge on the sport of baseball. We are looking for a good run this season and to put Judson and our athletes back into the playoff position. Our guys are ready for it!”

Judson’s first district game will be on Tuesday, March 15 at 7:00 pm on Judson’s baseball field.