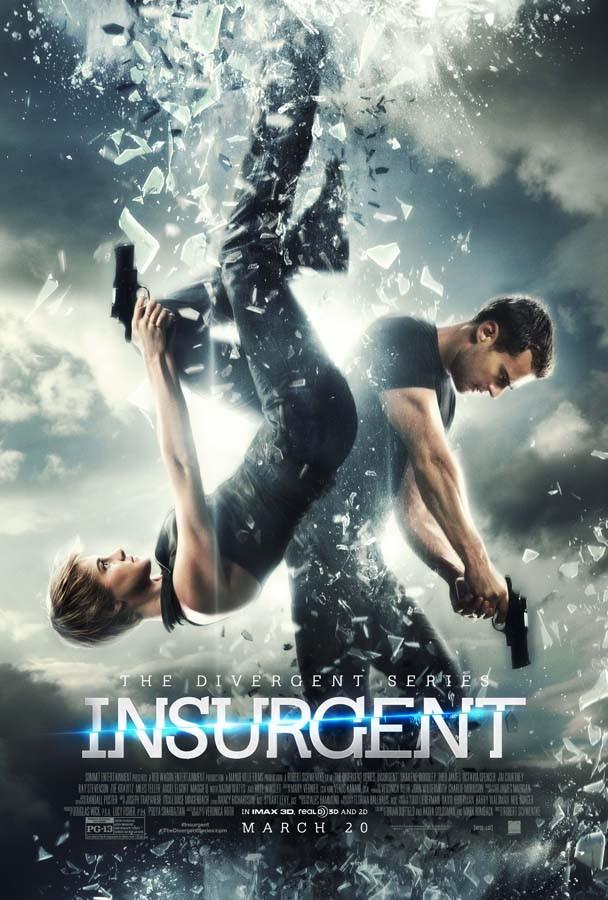 The second film in the Divergent Trilogy opened with much fanfare and $54 million dollars at the US box office, and $101 million globally. The second is about Beatrice Prior, played by Shailene Woodley, trying to get over the death of her parents and facing her worst fears to save the ones she loves.

Insurgent continues with Beatrice; Peter, played by Miles Teller; Tobias Eaton, played by Theo James; and Caleb Prior, played by Ansel Elgort; hiding at the faction Amity. After the faction is set to be searched and tested to find divergents, the four must leave and attempt to find the rest of their fellow Dauntless.

Along the way, they run into “old friends,” and the choice to join forces with the Factionless in attempt to overthrow Jeanine, played by Kate Winslet. Her plan is to eliminate all divergent. She believes that divergents are the cause of all chaos in Chicago. The only one stopping her is Beatrice, the strongest divergent, who is trying to prove to her that all divergents are vital to the factions, and to the city of Chicago.

When Jeanine gets her hands on a box found in the home of the Priors, she believes it’s the answer to the termination of all divergents. However, only a 100% divergent can open it and complete all 5 sims that represent all 5 factions (Dauntless, Amity, Candor, Erudite, and Abengation.) The only one that is able to do it is Beatrice.

The film is action packed, although you feel as if the directors held back a lot and didn’t show the true colors of the book. Insurgent is an absolutely must see movie and it will leave you breathless. If you are a fan of the series Hunger Games then the Divergent series is for you.

Following the plot of the book, the film concludes with Beatrice actually opening the box, and being informed that there is more life outside the walls that surround Chicago. With hope, they walk towards the wall in search of humanity. It leads to the third book and film in the series, Allegiant. The film, like the Hunger Games series, will be split into two films.