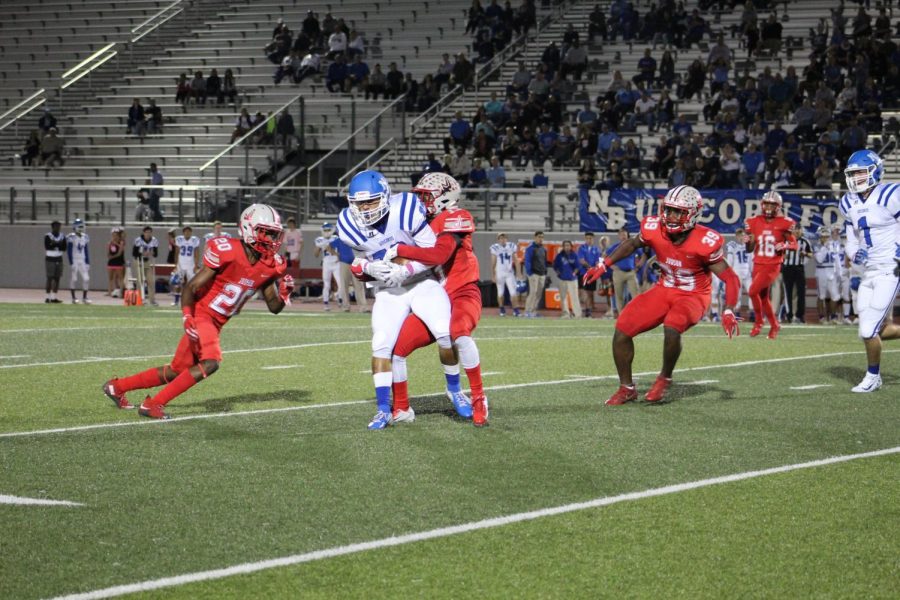 Judson defenders tries to bring down a New Braunfels receiver. Rockets capped the night off with a 37-11 win.

On Wednesday, October 11, the New Braunfels Unicorns visited the Judson Rockets for our annual Homecoming game.

In the first minutes of the game, senior Sincere McCormick rushed for 60 plus yards, setting up the Rockets in field goal range, putting the score at 3-0. The Unicorns fired back with a successful push and got a field goal up to put the score at 3-3. With little time on the clock, junior Mike Chandler threw deep to junior Amarea Bailey who snagged a contested over-the-shoulder catch to put the Rockets up 10-3 to end the first quarter.

In the 4th quarter, the Rockets and Unicorns were going back and forth, keeping the score at 37-11 to give the Rockets their fifth straight win of the season.

The Rockets will play the Smithson Valley Rangers at Ranger Stadium on October 19.