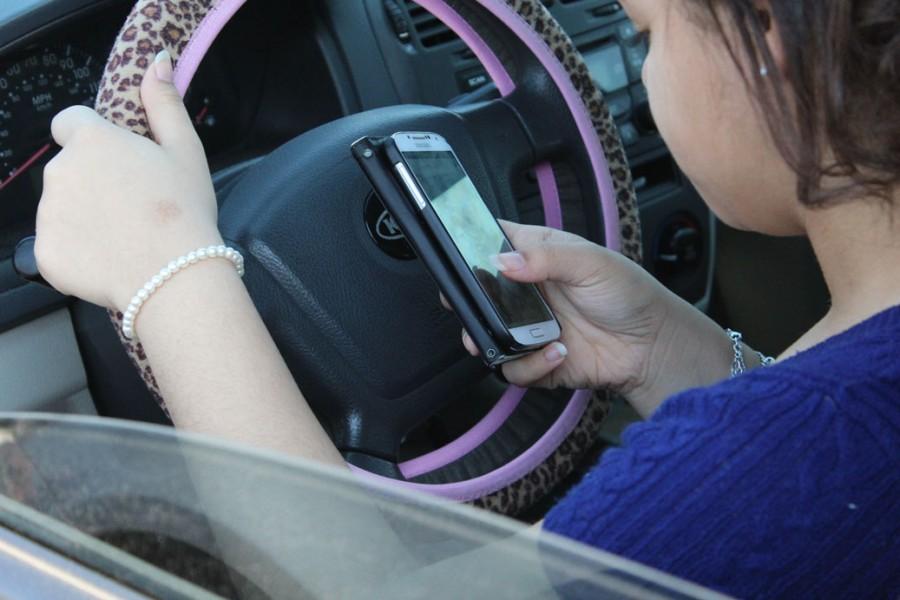 Late last fall, the San Antonio City Council unanimously voted to ban the use of cell phones while driving. Previously, using cell phones was banned for everything except calling, unless you were in a school zone. Now, the school zone rule applies to the entire city of San Antonio.

The law officially went into effect January 1st of this year. However, there was a thirty day grace period to allow drivers time to adapt. That grace period is over, and anyone caught using their phones while in a car could be fined up to $200.

If you were pulled over for texting and driving before the law was in affect, you could simply tell the officer you were making a phone call. Now, simply using a cell phone while in a vehicle is enough to warrant a citation.

To make a phone call or view your phone in a car, you must either be legally parked, or have a hands-free device such as Bluetooth. GPS on your phone must also be used with a hands-free dock.

Many of our students will be affected by this law. Every classroom in Judson likely has someone on their phone it in. Yet, many of them may not know they can no longer use it while operating a vehicle.

Young drivers are far more likely to get into an accident than more experienced drivers, especially now that this generation is obsessed with technology. Using a smartphone only increases that risk, making the risk of crash twenty-three times greater. Nearly 80% of teens claim they can text and drive without a problem. However, research shows those that do spend 10% of their time outside of their lane.

In 2011, 23% of all car accidents involved cell phones. The new hands free ordinance for the city of San Antonio aims to protect its drivers from accidents like that, and closes loopholes that previously existed to get around the no texting and driving state law. San Antonio did the right thing by passing the law and protecting the citizens of the city.