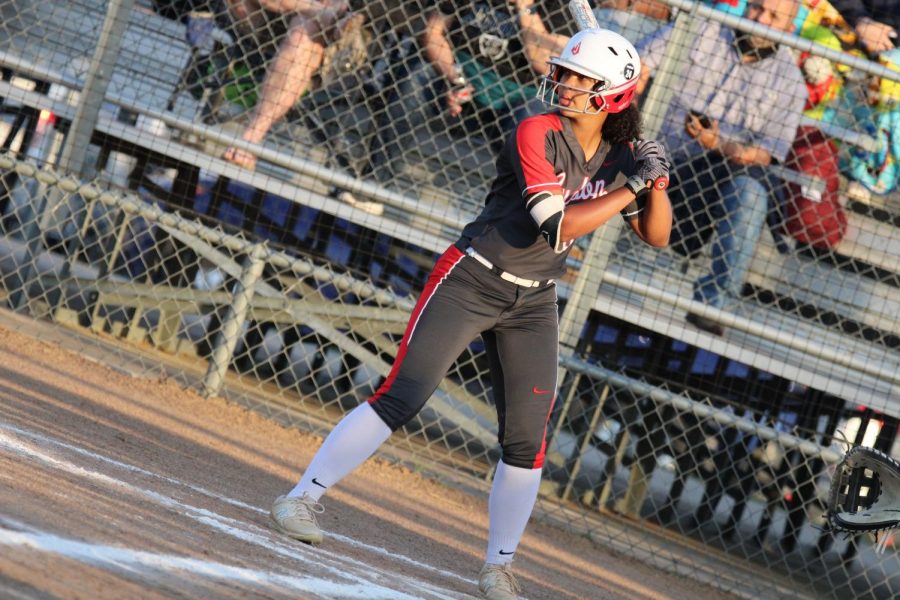 Junior Keely Williams goes up to bat during the game against Steele. She has already committed to play softball at Texas A&M University.

On Tuesday, April 20, the Judson softball team (11-0) faced the Steele Knights (8-4) for a district game at the Frank Arnold Athletic Center.

The fifth inning was again uneventful for the Knights. However, the Rockets scored two more runs along with a home run from Thornton, ending the game early 11-1 Rockets because of mercy rule.

The Rockets will start their playoff season next week, their opponent is still to be determined.