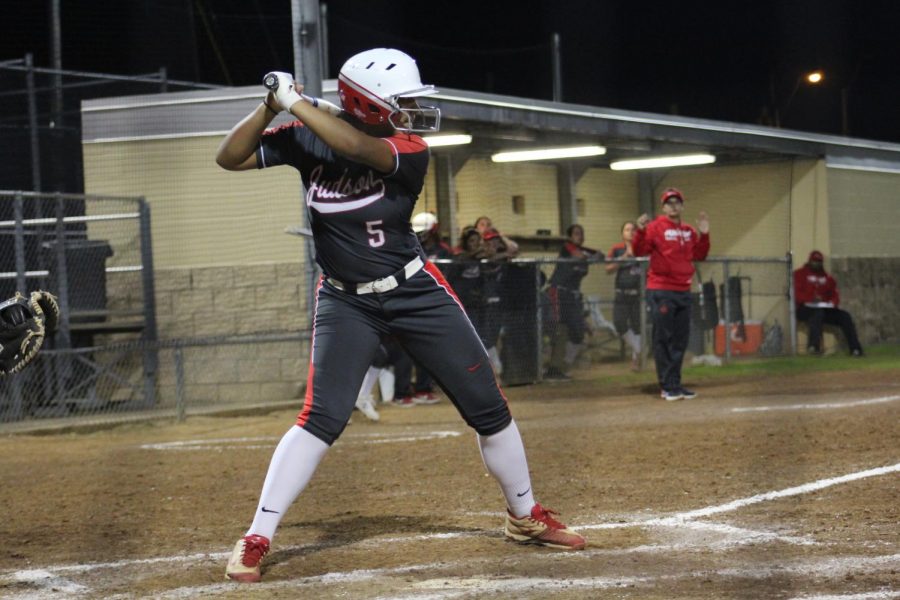 CORRECTION: In a previous version of the article, Keely Williams is mentioned as Keely Will. Her name has been changed.

On Tuesday, February 26, 2019, the Rockets faced off the Knights at Judson’s softball fields for their first home game of the season to begin their district play.

To start the first inning, after sophomore Savanna Frieze of Steele got struck out, senior Alyssa Winter of Steele hit a single which lead the Judson to tag them out. At the bottom of the first, freshman’s Keely Williams and Destiny Ortega-Rodriguez of Judson got thrown out and freshman Mimi Thornton of Judson got struck out.

After an uneventful top of the second inning, to start the bottom of the second, senior Nyah Chapa hit a double, which set up sophomore Lauryn Ramos to bunt and allow Chapa to score the first run of the night. To end the inning, the Rockets lead the Knights 1-0.

To begin the third inning, Frieze hit a single and got on base. It was short lived after Rodriguez caught a fly ball and threw to first for the double play. At the bottom of the third, senior Kellsie Ramos of Judson hit a single but stole second and third after the next batter struck out, which ended the third with the Rockets still in the lead 1-0.

To start the fourth inning, Ramos of Judson threw Ramos of Steele out, which set up Thornton to catch a fly ball. After a botched catch, senior Sarah Papizan of Steele was able to hit and run to second, but tried to steal third and got out. At the bottom of the fourth, Compos hit to second, which set up Ramos to also hit for second and allow Chapa to score the second run of the night. To end the fourth, the Rockets lead 2-0.

To begin the top of the fifth, Sanchez struck junior Brandalyn Dee, Potter and sophomore Courtney Crowe out. At the bottom of the fifth, sophomore Aliyah Pacheco of Judson hit a single to set up freshman Emily Ayala to hit a fly ball, which allowed Pacheco and her self to get the third and fourth runs of the night. To end the fifth inning, the Rockets lead the Knights 4-0.

To start the sixth, the Rockets got both Frieze and Ramos of Steele out to set up Ayala of Judson to strike out senior Jordyn Brooks. At the bottom of the sixth, Williams of Judson hit a home run, which allowed Pacheco and freshman Jada Leal to also score. After Rodriguez hit, Thornton and Chapa ran for the eight and night run of the night to end the game with the Rockets defeating the knights 9-0.

The Rockets will enter a tournament in Seguin starting on Thursday 28, 2019.