Talk begins to change the schedule next year 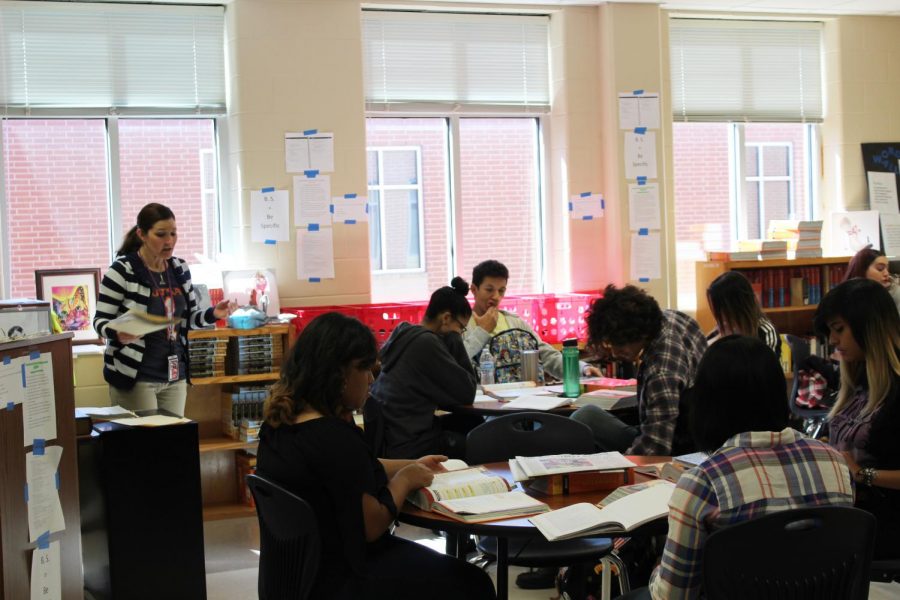 Instead of having seven classes a day, the school board has begun discussing switching to five classes per semester.

The reason the idea was brought up was to give have more instructional time in classes for students to succeed or more time to practice in extra curricular activities. It appealed to the board because students could also explore more educational class choices.

“Instead of just going through core classes, the students could venture out into different parts of their favorite class or career path, such as European history or other specialized content the teachers might offer,” academic dean Ms. Cynthia Valdillez said.

Each class would be 90 minutes every day so that students could have more class time, study time, tutoring time, or more time to practice. With the classes longer, it is designed so that students would finish a credit for that class at the end of that semester, rather than the end of the school year.

It would also pose the possibility to earn more credits and graduate early for those wishing to do so, though that is not the intended purpose.

“With more classes a year, students could dive into their academics and have more opportunities to earn college credits, which could give them the mindset to finish at a community college and complete basic classes before attending an university,” Valdillez said.

As for setting this plan in motion, each counselor would discuss how students would like their schedule to go for that school year, in the sense of what classes students would take in which semester.

“[It is] difficult to plan out how it would work. There are still some details that need to be worked out,” Valdillez said.

One concern is lunches. Since the classes are longer and there are fewer in the day, it is difficult to find a time that is suitable to pull an entire group for lunch. However, they are assured it could continue to work as it does now.

“With the population at such a large number, you have to make sure everyone has the opportunity to have lunch. But we believe they can rotate as they do now,” Valdillez said.

Final details will be put together later this year and then a decision will be made, depending on if the plan is suitable for the campus and community. While this is just an idea, there is confidence in it becoming a reality.