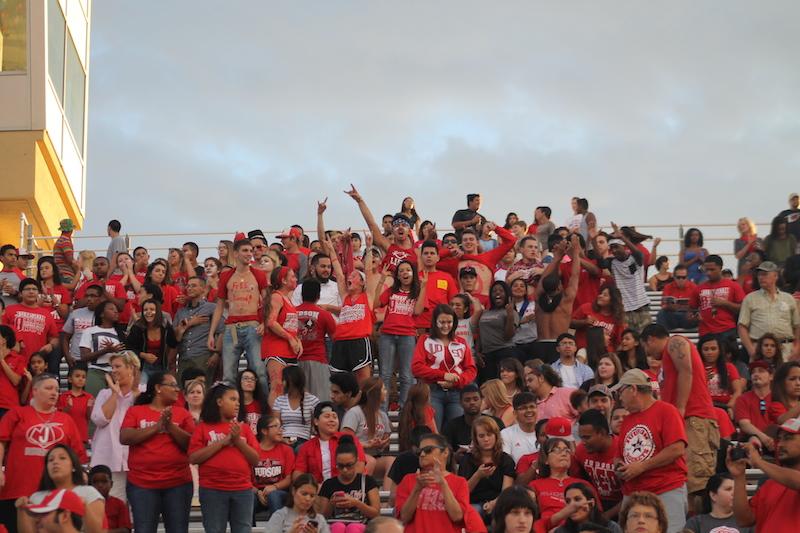 If you’ve been to any of the football games, you’ve caught a glimpse of the big group of students, filled with spirit cheering on our Judson Rockets. You might have been wondering who they are, or maybe why they have so much school spirit. Even if the Rockets aren’t doing so great, The Launch Pad is always there to cheer them on.

“We started The Launch Pad last year, but we actually weren’t as successful as we were this year,” senior Deandrea Cherry said.

The group felt a need to bond together as a class. “We felt that the school needed a lot more school spirit and 2014 was so close,” Cherry said. “We just wanted 2015 to be closer.” 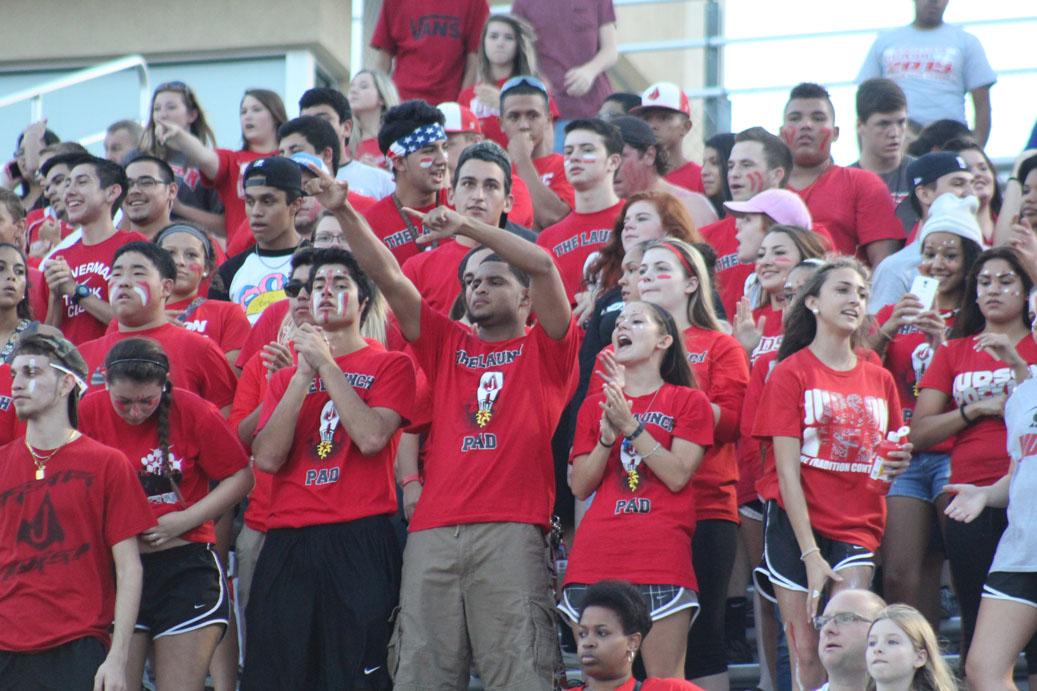 The group decided to create the idea of a student section at the football games and ended up carrying it out to the rest of the sports on campus. “There’s a sea of us out there, and it’s so much fun.” Cherry said.

The group is also trying to incorporate the underclassman too. The Launch Pad, and the class of 2015, are trying to leave behind their mark on the school, something that will last for classes beyond that of 2015.

“We wanted to create some sort of name for ourselves as seniors, so we decided, ‘why not start out this sort of super extra live student section for football games and get noticed,’” Cherry said. “Everyone has seen our pictures, so it’s pretty cool so far.”

It is no secret that Judson High School has been lacking some school spirit, especially from the glory years of football state championships. But the students are reminded of the days when the city knew what Rocket Pride was, and wanted to return back to that level of excitement. “Why wouldn’t we? It’s Judson! We love our football team, and we love our sports,” Cherry said.

Above anything, The Launch Pad is creating memories for the student’s high school years. The Launch Pad will undoubtedly be one of those memories that Judson students will look back on and instantly remember all the fun times, recalling just how amazing it felt to have so much school spirit. “It feels fantastic, being around that type of atmosphere with all your friends and just going crazy. We get to be around all our friends and have fun at the same time.” Cherry said.

One of the criticisms may be that The Launch Pad will only be attending football games. Cherry, and the rest of The Launch Pad members, are completely aware of this, and want to be different.

“We are actually going to try our best to be at every sporting event no matter what it is,” Cherry said. “We started with football and now we’ve gone to a volleyball away games and volleyball home games”

This commitment is already making a difference. “At the away games, the girls have told us that we made them feel as if it was a home game, like we gave them the home court advantage at another school.” Cherry said. “Hopefully, we get to do that with basketball, guys and girls, soccer games, baseball games all that type of stuff.”

Above anything, The Launch Pad is a reminder of the great days of high school, that a generation of kids can have so much fun doing great things for our neighborhood schools. The Launch Pad is looking for as many students to partake in the group. 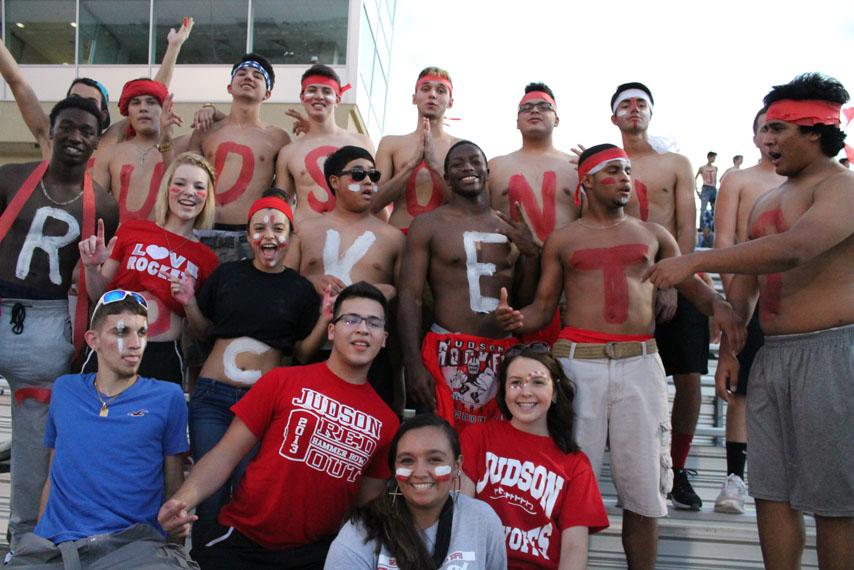 “I can’t give you an exact amount, but I know for a fact I want to say we are close to 45 kids and we’re still growing,” Cherry said.

It is important that Judson supports the students. But it is amazing to see students supporting other students. The Launch Pad has created something special, and hopefully, the classes of 2016, 2017, and 2018, and classes beyond can continue the tradition. “Hopefully, when we leave, we get to leave behind a legacy. The class of 2015 started this, and we started this by ourselves. We want it to stay that way.”