The Power of Student Journalism 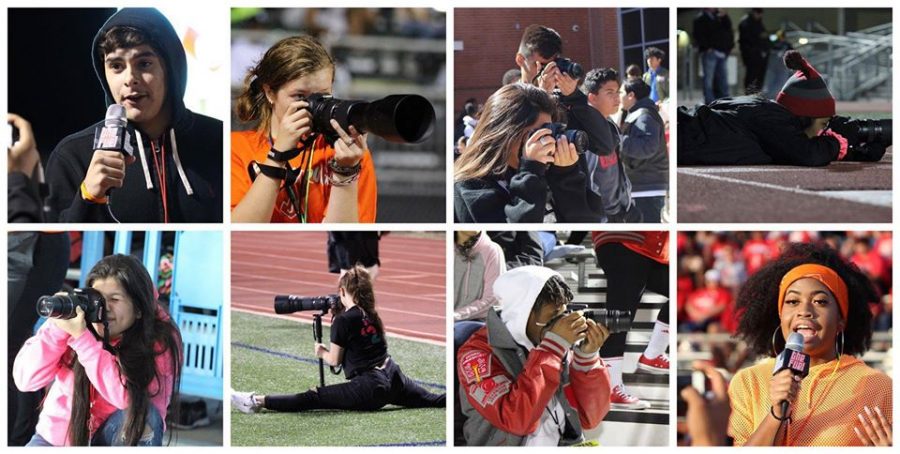 It is our job to share the news and create a collection of memories that students keep forever. We thrive on games in stadiums and events in the auditorium. Our photographers are on the sidelines and after the show is over.

Being student journalists, we learn to listen for things that are not obvious. You search for things to shine a spotlight on and share with the community. By writing an article about a student battling cancer, you could help gather support. When sharing a teacher’s previous experiences, you could spark a student’s interest in a possible future profession.

When asking a controversial social question, we can spark a necessary conversation.

The Fuel and The Rocket are student-led publications that have grown exponentially over the last couple of years, due to work done by the staff and our adviser, Mr. Pedro Cabrera. After going through the journalism intro class, expectations change. You are still learning, but now you need to put the resources given to you to begin producing.

Sports are the most popular topic at Judson High School, especially football. Covering a game would normally consist of a story, pictures and a possible yearbook spread. However, you have to keep your audience intrigued. Over the last couple of years, The Fuel’s sports team has adapted their style of reporting to not only including a story and pictures, but live-tweeting, sideline interviews, and podcasts in order to keep their audience informed as accurately and up to date as they can.

However, while we may know how to run things, we do make mistakes.

We are learning and growing every day. But sometimes, a date may be wrong or a quote was written incorrectly. Stories and social media posts do go through reviews before being released, but not every mistake may have been caught. We do our best to acknowledge our mistake and issue an apology letter signed by our editors and the writer of the article.

Producing a newspaper or yearbook is not like a school project to turn in for a grade. There are rules we must follow and even restrictions to work around. Being a school publication means we are susceptible to prior review from administration about a topic they may deem as “controversial.” Multiple articles, and even a political cartoon, have been censored because of their content, argued unsuitable in the context are to be released in.

I had a story deemed too controversial for the high school setting. I tried my best to alter it enough to be passable but I was asked to change it so much that the ultimate message got lost completely. In response, my adviser and I chose to let the article go unpublished.

The purpose of a newspaper is to inform and engage with your audience. That may mean discussing a topic that may be highly controversial to start a conversation, or simply posting a poll online to garner people’s opinions. We have been told to “stick to Judson sports,” and “stick to Judson news and leave politics out.” Many respected student newspapers around the country, and even professional newspapers, seek information at every corner. And we should have the same right. Once we are out in the real world, we will not be expected to “stick” to one thing.

As a student publication, and as students in the 21st century, we cannot ignore the world around us.

I’ve had many experiences on staff that showed me ways the world works and how I want my future to look. And being in a successful environment has encouraged me every day. Despite common setbacks, creating publications can have a large impact when it has the audience we do. Once a reputation is built, consistent growth becomes the constant goal.

So much pride comes with these productions because it is our work, our ideas, our words. We empower the First Amendment.