This election is the first for many seniors 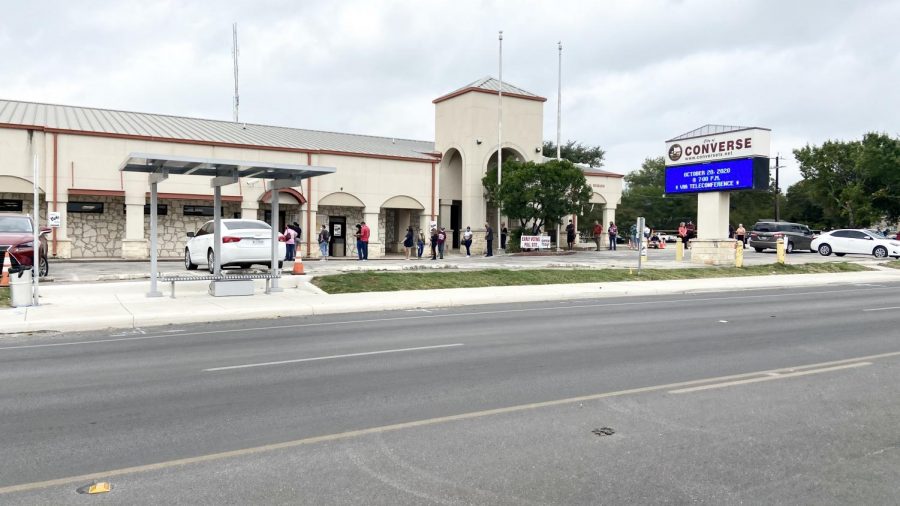 Converse City Hall is an early voting polling site, and the nearest to Judson High School. Early voting in Texas started on Oct 13.

Does the number 18 mean anything to you?

To young Americans across the country, that number means more than you’d expect, especially this year.

With the Presidential election just around the corner, some seniors that have turned 18 will be voting for their first time to have their voices heard in their nation.

Since 1789, voting has been an important part of the United States to show participation among the people. For seniors now, this year is their first taste of civic engagement and the political landscape.

“It’s definitely different. I’ve never cared too much about politics because I always was told I was too young and my opinion didn’t matter, but now I know my voice is going to be heard and it feels awesome,” senior Jaden Cervera said.

Some adults have expressed that young people should not participate in politics, but Cervera thinks otherwise.

“I definitely believe voting is important at this age. The more you can engage the younger generation the more they’ll be engaged at an older age,” Cervera said.

Having big roles to fill, voting can be a nerve-racking experience.

“What if the person I vote for gets into office and makes terrible decisions? It’s just concerning,” Cervera said.

Along with Cervera and the many other seniors voting this year, senior Madison McAllen shares what encouraged her to go out and vote in the first place.

“What encourages me is the media; they keep telling us our generation can make a change and for some reason, I believe it’s true. Not a lot of my generation will be registered to vote or even try so I want to be that one person who is accounted for,” McAllen said. “Plus, not a lot of people around the world can vote so this is a big privilege and I don’t think a lot of Americans see it that way when they should.”

The importance of voting is often overlooked and McAllen elaborates on this while sharing some more advice to people looking to vote.

“Don’t only vote for who your president is, vote for who becomes your mayor or any leader in your area because that has an effect on you [aswell],” McAllen said. ” So many people think voting is only for presidents, but you should be voting and using your voice anywhere you can get it in. Your beliefs and what you think really do matter.”

As election day comes up on November 3, 2020, seniors across the nation that meet the age requirements will be able to participate in a practice dating back from generation to generation to show just how much their voice matters.