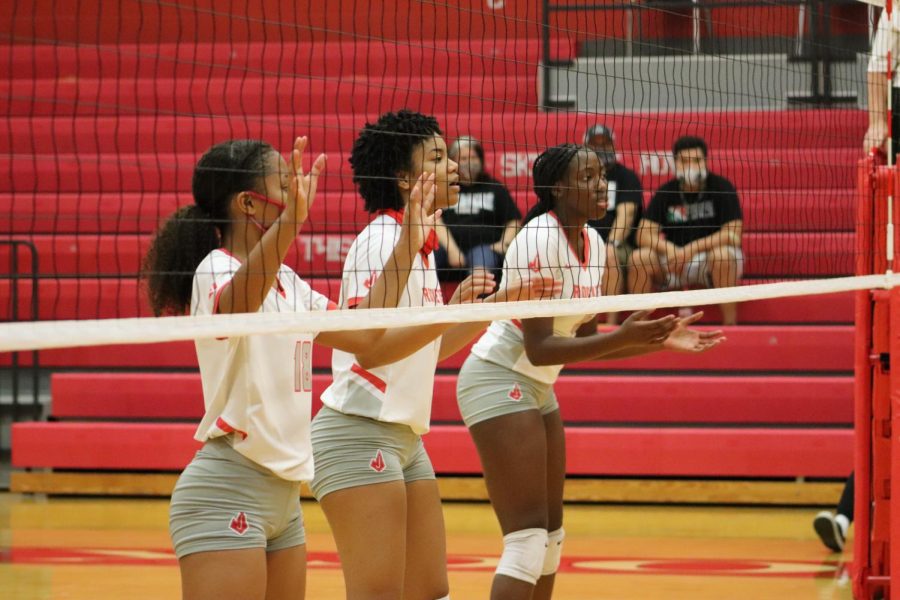 Juniors Cirila Pettit, Alania Afalava, and Alexis Walker set up and wait to block the ball from Steele. The Lady Rockets fell to the Knights, 0-3.

The first set began with Steele gaining the advantage by scoring the first point of the night. Shortly after, the Rockets fell behind 2-6 because of a spike out of bounds. Junior Abcde Sutton made a kill followed by more points, setting the score to 6-10. The Rockets fell farther behind again until sophomore Olivia Rubio made a kill, making the score 7-15. The Rockets followed with more points and a kill by senior Tatyana Gladden. However, Steele’s defense was too strong and kept scoring until the first set was won by the Knights 25-13.

The set started with a tie 1-1 until Steele took the lead 6-2. The Knights kept their defense tight and scored continuously. However, the Rockets managed to push through, making their comeback with one point behind totaling the score 13-14. Both teams battled to put points on the board. However, the Knights began taking the lead at 14-18. The Rockets played hard, but the Knights pushed through, winning the third set 25-16.