Volleyball season comes to an end 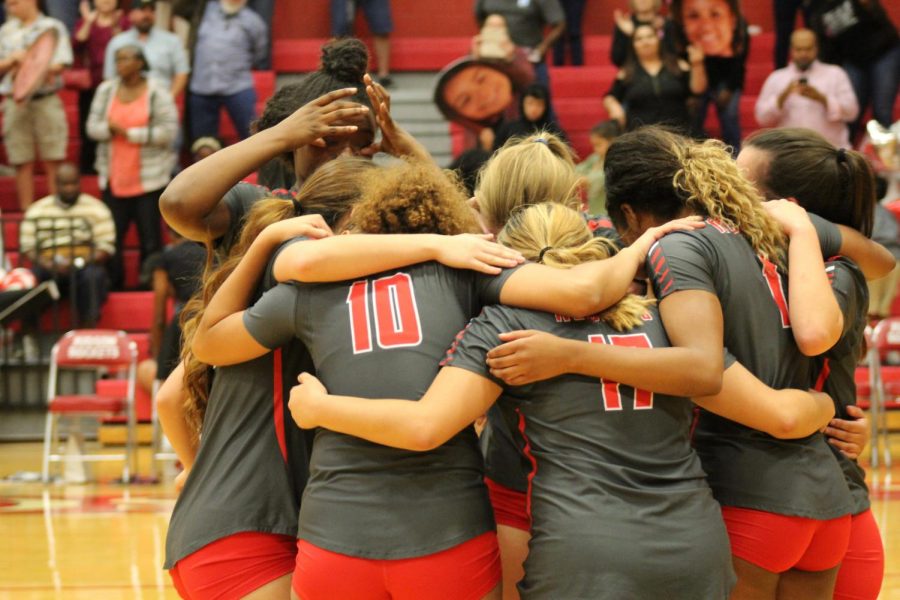 The Rockets had lots of emotion going in the game because the majority of the varsity team are seniors, and it is their last volleyball game as a Rocket.

Therefore, the Rockets started off fast with a kills by senior Kaylin Priddy and junior Asiah West. Senior Katelyn Lazo and senior Danielle Pavlicek picked up every ball, with back to back digs. To keep the momentum going, junior Deidrah Paul stayed up, and tried to block every ball that was coming over.

Unfortunately it was not enough, with the Cougarettes taking the first set, 25-14.

Going into the second set with a different mindset, the Rockets played hard by getting kills by senior Karizma Brooks and senior Jayda Pleasant.

High energy was spread throughout the gym, which made the Rockets stay up no matter the score.

After trying their best to keep the energy high, the Rockets could not stay up and lost the second set, 25-10.

Overall, the Cougarettes had a faster offense. The Rockets did their best to pick up everything, including senior Alexis Perez and Pavlicek. Even by placing the ball in open spots, it was not enough, with the Rockets losing the third set, 25-13. 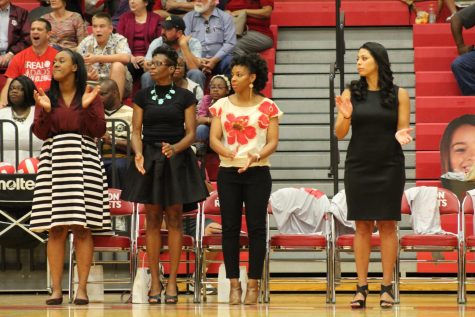 Even though the Lady Rockets had a tough season, this game was one of the best they played all season.

Although it was a hard fought season with wins against Wagner in district, and Roosevelt, MacArthur, Jefferson in pre-season, the Rocket’s volleyball season came to an end with a loss to Canyon, 0-3.